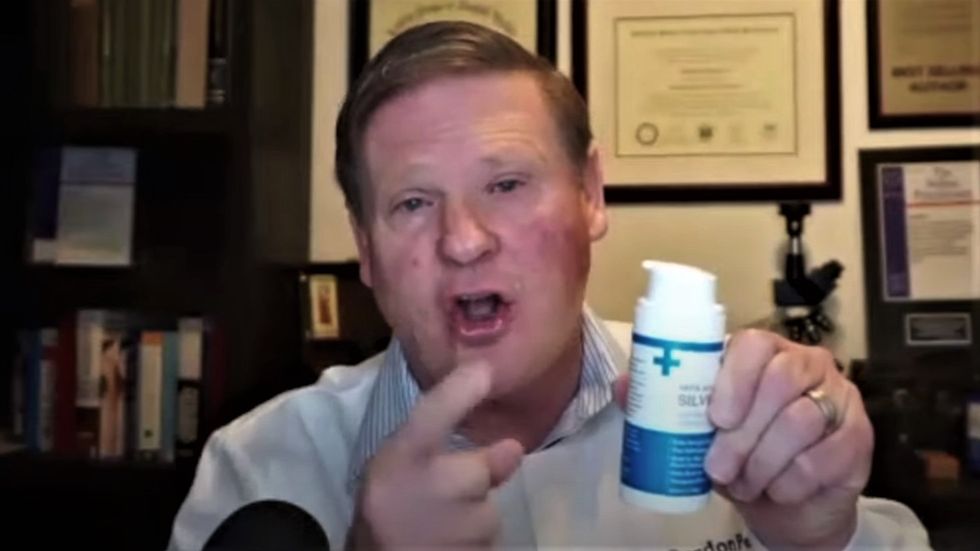 Federal prosecutors this week succeeded in freezing the assets of a Utah man who has been peddling "ingestible silver" as a miracle treatment for COVID-19.

The Daily Beast reports that prosecutors this week sought a restraining order against Gordon Pederson, a man who promotes himself as a doctor and who has been telling people that ingesting silver "can isolate and eliminate that virus."

The prosecutors called Pederson's purported miracle cures "reckless and harmful," and Judge David Barlow agreed to slap a temporary freeze on Pederson's assets, citing the "threat to the health and safety of individuals" posed by his business.

"Pedersen, who prosecutors say is not a licensed medical provider in Utah, has been peddling cure-all silver gels and liquids for years," The Daily Beast reports. "According to court records, he was fired from his position as a promotional consultant for American Biotech Labs in 2011 after FDA inspectors found the company was making unsubstantiated claims about the silver products’ ability to cure diseases."

During the COVID-19 outbreak, Pederson has boasted of going on a cruise ship and protecting himself by ingesting silver and rubbing silver gel over his body.

"I put the gel on all of my skin that was exposed, and it was a real benefit to me because I knew I had a barrier layer of silver anywhere my skin was exposed," he said in an interview earlier this month.