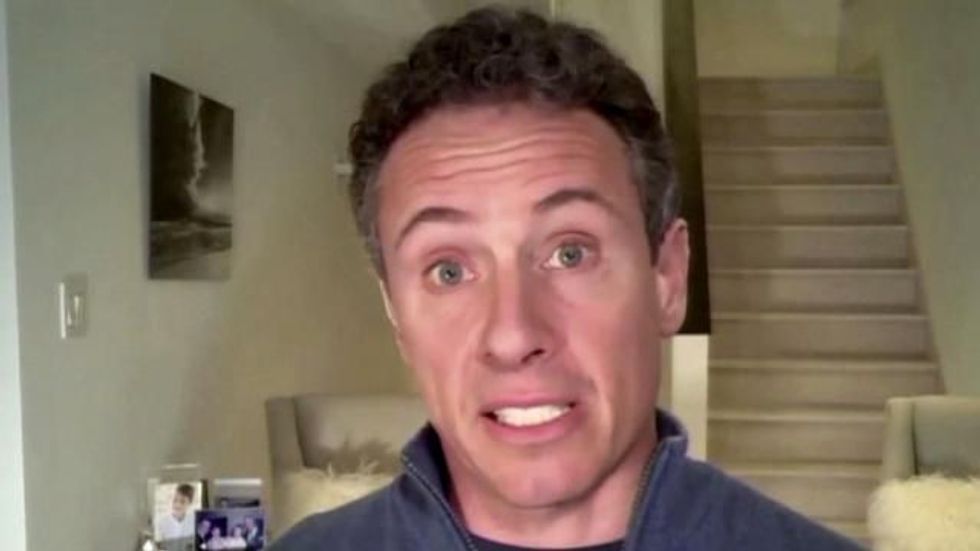 CNN's coverage, they claimed, "seems to be a deliberate attempt to graft" network talent onto a pandemic which has killed more than 45,000 Americans to date.

"Laura, the first rule of journalism is don't inject yourself into the story, but there seems to be a deliberate attempt to graft a slew of CNN anchors onto this COVID crisis," Arroyo said. "A number of them have contracted the virus and emoted their personal experiences. It almost appears they've launched a series of new reality shows. You could call this one 'Are You Sicker Than a CNN Anchor.'"

A graphic featuring the mock reality series title, a thermometer and an animation of the virus then appeared to Arroyo's right.

Three CNN anchors have reported on their personal experiences with the disease: Brooke Baldwin, Chris Cuomo and Richard Quest. Cuomo has detailed his struggles in interviews with his brother, Gov. Andrew Cuomo, D-N.Y. His wife and his son have also contracted COVID-19.

"Chances are young and healthy anchors are not going to succumb to this disease. And to keep this narrative going every night that's so personal — it is disturbing, because you lose all perspective," Arroyo said as a chyron reading "The Reality Show Masquerading as a News Network" was displayed. "It's great to have perspective, but to become the story is a big problem here. And CNN really should tamp down their personal stories — it's too much."

"They're always kind of nasty to us," Ingraham added. "I'm sure they're all great people, and I hope they're all OK," she continued.

The "centerpiece of the CNN reality universe," Arroyo said, was Cuomo, whose on-air interviews with his brother, often deeply personal and sometimes contentious, have won public adulation. Arroyo said you could call their time on air "The Real Househusbands of the Hamptons."

The lighthearted tenor of a "reality show" covered the segment's cumulative theme — an accusation of graft. Cuomo staged a "feigned recovery" for the camera, Ingraham and Arroyo alleged.

And that was not the only segment in which Ingraham took a swipe at CNN on Wednesday. The Fox News host played a different montage of CNN anchors criticizing the right-leaning network for hyping an unproven drug treatment for the new coronavirus in light of a recent study which cast doubt on its efficacy.

Ingraham has repeatedly promoted the treatment on air and on social media, where a series of since-deleted tweets violated Twitter's coronavirus misinformation policy. Ingraham, who is not a doctor, resurrected the narrative again Wednesday in an apparent attempt to discredit CNN.

"When we use the phrase 'scientific study' in a headline or on TV, it's meant to convey a sense of seriousness — of scientific rigor," she said. ". . . The manner in which that data is organized, examined and then reported can determine a lot about whether a study is credible or not."

The CNN hosts, she claimed, had "zero credibility."

At the end of the segment with Arroyo, Ingraham corrected Arroyo when he erred in describing an incident where a bicyclist "COVID shamed him." (Arroyo said Cuomo had been the one biking.)

"No, he was out in the Hamptons looking at his property," Ingraham said. "God bless him. I'm glad he has property."

"I kinda hate those people, too," Ingraham said of the man who told Cuomo to stay inside.