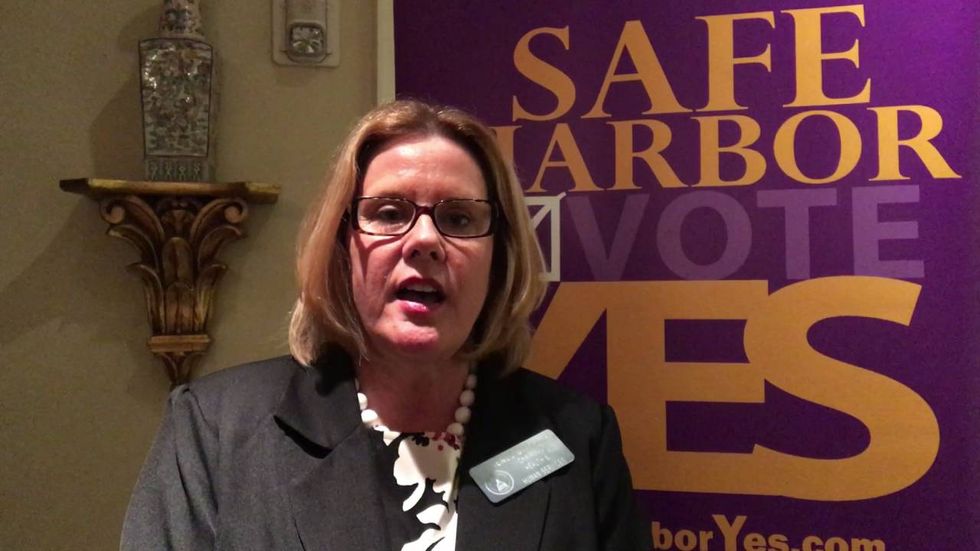 A Republican primary in Georgia has turned nasty after an anonymous mailer sent out to homes in the state's 7th congressional district lobbed sexist attacks against state Sen. Renee Unterman, a candidate to replace retiring Rep. Rob Woodall (R-GA).

The Atlanta Journal-Constitution reports that the mailer featured a headline that asked, "Why the Bimbo?" and went on to say that Unterman "has lost her looks, despite expensive plastic surgery and Botox injections, proving once again, you can’t make a silk purse out of a sow’s ear."

The Journal-Constitution writes that "the source of the attack is almost certainly Republican," as "a Democratic attack would have led on Unterman’s successful sponsorship of House Bill 481, last year’s measure to ban nearly all abortions in Georgia."

On her campaign's Facebook page, Unterman lashed out at whoever sent the mailer, which she described as "unsourced and unfounded cowardice."

"As I’ve stood strong for conservative values, I’ve seen how liberals and weak-kneed Republicans alike will do anything they can to stop me," she wrote. "Well, this is nothing new and I'm not scared!"