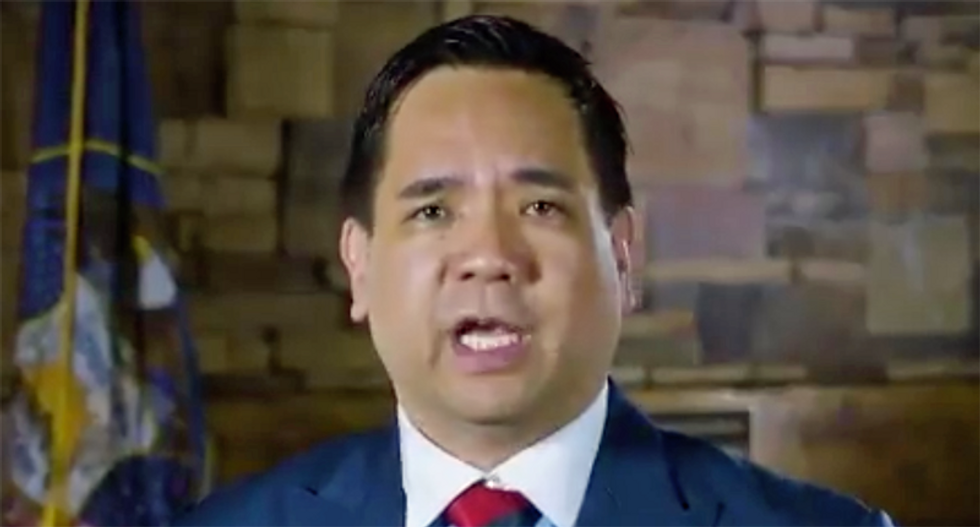 The Republican Attorney General in Utah is scrambling to contain the fallout of a massive scandal involving civil liberties and white supremacy.

"The Utah Attorney General’s Office will suspend use of a massive surveillance system after a news report showed that the founder of the company behind the effort was once an active participant in a white supremacist group and was involved in the shooting of a synagogue," The Salt Lake Tribune reported Tuesday.

"Damien Patton, who helped launch and now leads the secretive Park City-based startup Banjo, was part of the Dixie Knights of the Ku Klux Klan as a 17 year old and joined a leader of the group in a drive-by shooting of a synagogue in a Nashville suburb, according to a report by the online outlet OneZero citing transcripts of courtroom testimony, sworn statements and more than 1,000 pages of records produced from a federal hate crime prosecution," the newspaper explained.

"Utah officials in 2018 had awarded Patton’s company a sole-source, $750,000 contract to provide massive real-time surveillance of 911 calls, social media and traffic cameras. The company has also signed a $20.7 million contract with the state," the paper reported.

Reyes was appointed AG by Gov. Gary Herbert (R-UT) to replace fellow Republican John Swallow, who resigned under a cloud of scandal.