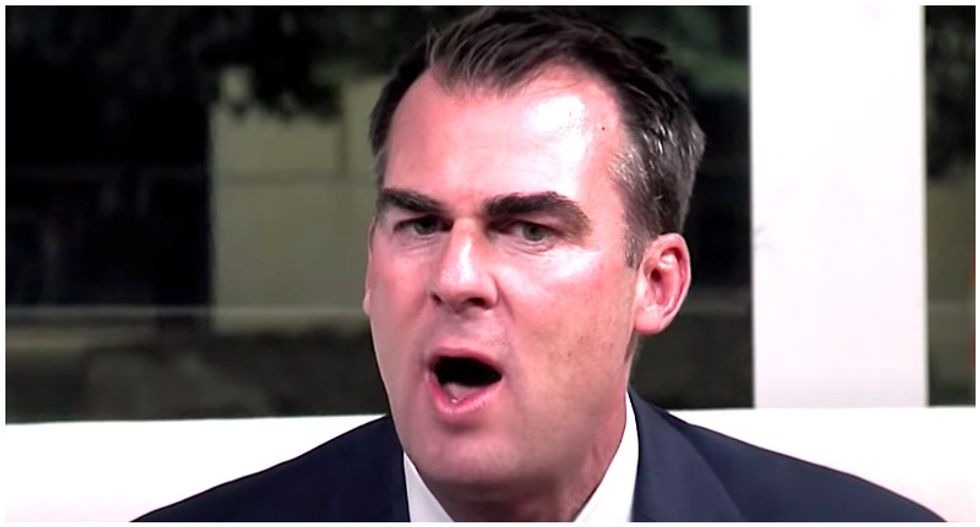 In the wake of a Facebook post that claimed Oklahoma governor Kevin Stitt was ignoring his own recommendations when it comes to social distancing rules, hair stylists and cosmetologists are taking to social media to accuse him of hypocrisy.

In a Facebook post flagged by KFOR, a woman pointed out that Stiff had his hair and makeup done over the weekend.

“Wear your masks people! Even while doing makeup and hair for the Governor of Oklahoma," the post read.

KFOR reports that Stitt's office had previously said that due to the coronavirus, professional cosmetology services could not be performed outside of a licensed establishment.

"Hair salons and similar establishments are not considered essential services and must remain closed until April 30 to limit close contact and personal touch as Oklahomans work together to limit the spread of COVID-19," Stitt's office stated.

“I mean if the rules are the rules, then the rules should apply to everybody,” hair stylist Dee Dean told KFOR.

When KFOR reached out to Stitt again this Monday, his office replied that the rules are slightly different for people in the beauty industry who work in media.

“The federal government lists communications as a critical infrastructure sector and specifically mentions workers who support television and media services," Stitt's office stated. "The individual you are referring to was working for the network the governor appeared on and provided the minimum amount of service required while wearing protective equipment."

Speaking to KFOR, hairstylist Nikki Crow said the double standard isn't fair to people who need to make a living.

“My kids were like, ‘What are you going to get me for Easter?’ Not really like that but, you know, the Easter bunny, and I’m thinking, I can play with you. We can read books. We can hang out, but I don’t know when I’m going to receive any more money," she said.

Watch KFOR's report on the story below: