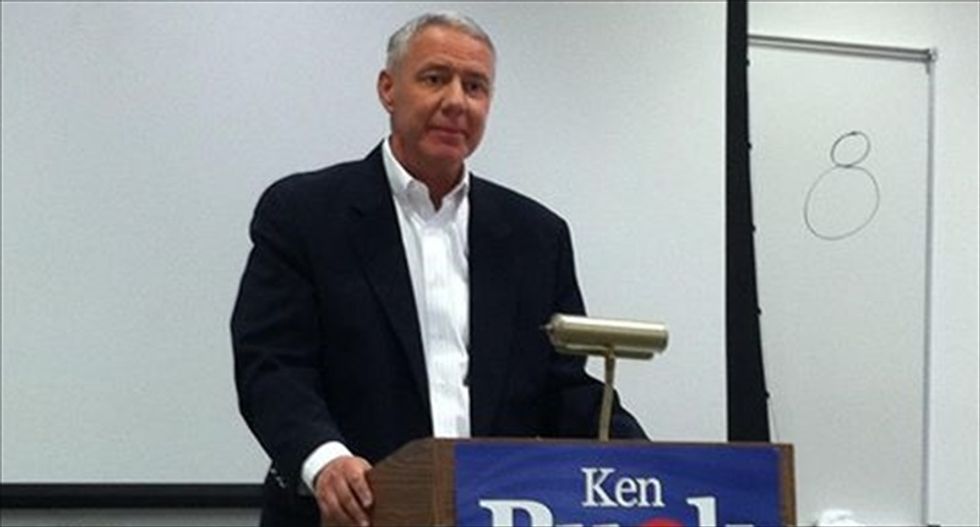 Many Republican lawmakers are antsy to reopen the American economy -- and now one is openly complaining that the media focus on people who are dying from COVID-19 is hindering their plans.

In an interview with Politico, Rep. Ken Buck (R-CO) said that it's time for lawmakers to get together and have frank discussions about just how much death they're willing to tolerate in exchange for relieving the economic pain being felt throughout the country.

"You’re dealing with a lot of hype about fatalities,” he said. "I don’t know anybody that wants to be the person who says, '33,000 deaths is okay, but 100,000 is not acceptable.' But that’s what officials are elected to do."

Buck also recently wrote an op-ed with Rep. Andy Biggs (R-AZ) for the conservative Washington Examiner that asked the question, "Is Anthony Fauci helping or hurting?"

In the editorial, Buck and Biggs accused the nation's top expert on infectious diseases of using "panic-inducing projections" about COVID-19 to create an "economic calamity" that has led to millions of people losing their jobs.

"It is tragic that thousands of people in the country have died or may yet succumb to the novel coronavirus, COVID-19," they wrote. "But we also must remember that millions of people have had their lives and livelihoods permanently altered because of the government response to this virus."