GOP senator ridiculed for groveling to Trump on Twitter for receiving ventilators: ‘Patronage is disgusting’ 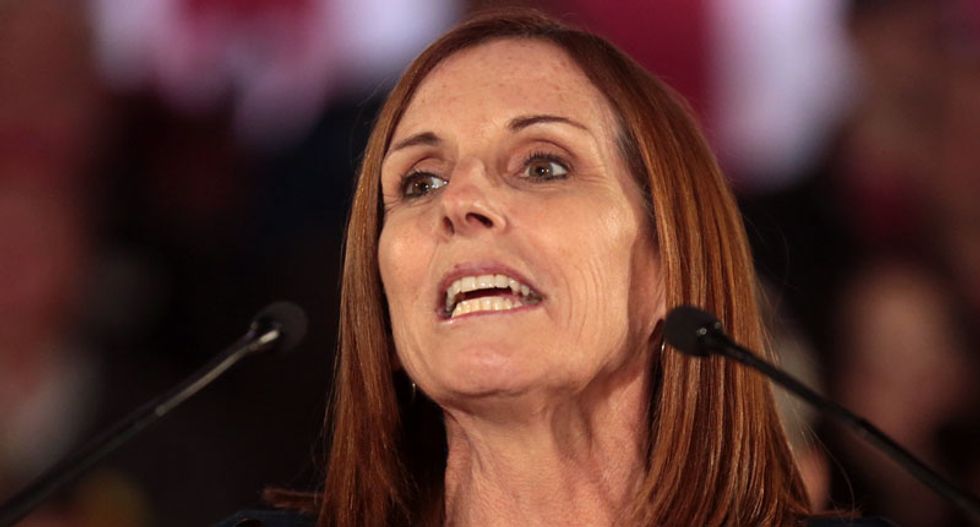 Commenters on social media mocked her display as inappropriate — and speculated that Trump may be doing this as a favor to her re-election.

@SenMcSallyAZ @realDonaldTrump @VP 👆🏽👆🏽If we had a competent national coordination of ventilators then Pres. Trump… https://t.co/aSEkfOthy7
— Invest to Elect IL (@Invest to Elect IL)1586562560.0

@SenMcSallyAZ @realDonaldTrump @VP For Americans who think medical supplies should be based on need and not politic… https://t.co/iavU1lIT3J
— JES (@JES)1586561918.0