GOP voters will never abandon Trump — no matter how many people die or lose their jobs: 538 elections analyst 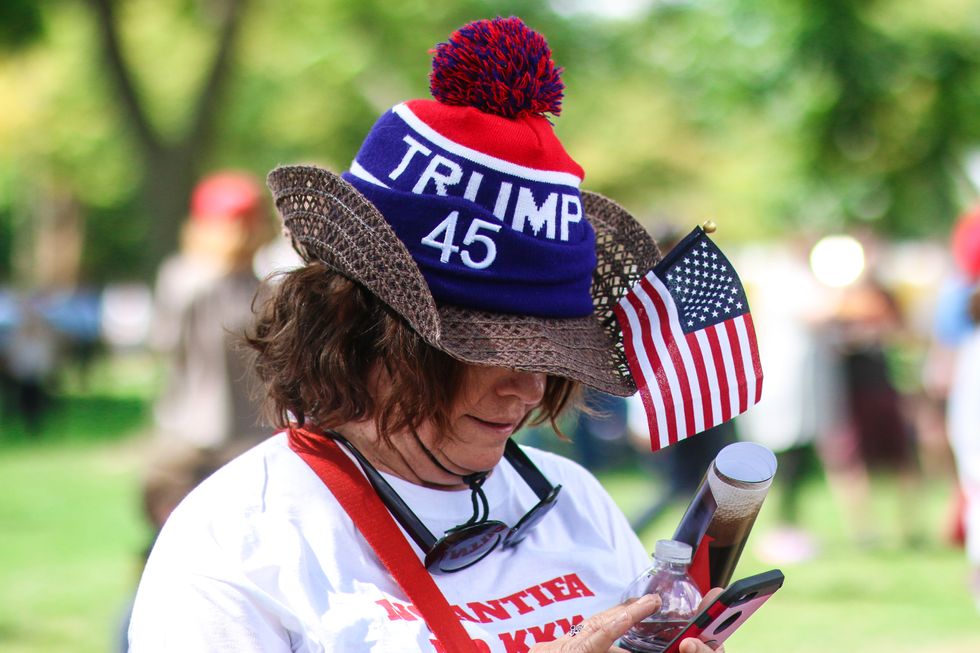 Washington, DC - September 16, 2017: A Trump support on the National Mall for a protest in support of President Donald Trump, deemed the "Mother of all Rallies" (MOAR).

With nearly 60,000 Americans dead from COVID-19 and tens of millions more now out of work, it's reasonable to wonder if Republican voters might be rethinking their support for President Donald Trump.

Geoffrey Skelley, an elections analyst at FiveThirtyEight, argues that almost no amount of death and economic hardship will convince Republican voters to abandon their president -- and he points to GOP voters staying with their party during the 2008 economic collapse as evidence.

"Democrats didn’t win because Republicans were fleeing the party or voting for the Democrat en masse -- McCain still won support from most Republicans who turned out that year," Skelley writes. "The 2008 Cooperative Congressional Election Study, a massive survey that asks Americans about their politics and voting habits, found that McCain won 95 percent of self-identified Republicans who voted, as well as 90 percent of independents who leaned Republican."

Skelley also believes that negative partisanship -- that is, the fear and hatred Americans have toward the political party they oppose -- has never been higher, which guarantees that Trump in 2020 will at least get the support of his base.

"So just like McCain in 2008, Trump likely still has very strong backing from Republicans that will almost certainly hold up even if things go poorly for him in the coming months," he concludes. "What we can’t know, of course, is just how much a bad economy might move people away from the GOP before the election, or how many partisans might simply stay home."