Governor warns Trump against encouraging supporters to ‘disobey the law’ on lockdowns: ‘Words can be fatal’ 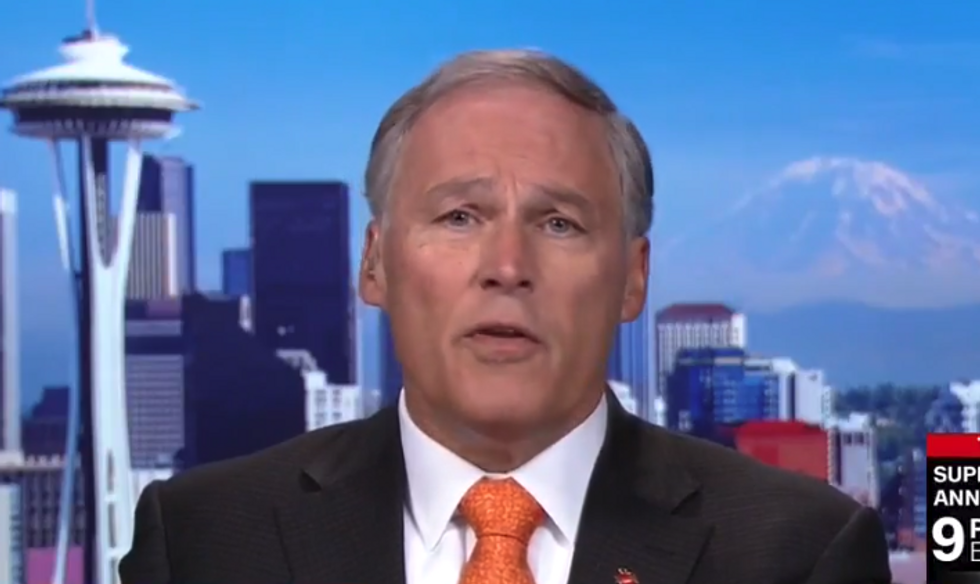 On Friday's edition of CNN's "Anderson Cooper 360," Gov. Jay Inslee (D-WA) tore into President Donald Trump for his comments that Democratic states should be "liberated" from lockdown orders.

"Extreme disappointment, and frankly anger, because we've lost over 500 people in my state, and we know — there's saying in automobile safety, that speed kills. Well, words can be fatal too."

"When you have a president of the United States openly, willfully, maliciously trying to encourage people not to abide by the law in these states — these orders are the law of these states — president of the United States willfully trying to inspire people to disobey and violate the law with potentially fatal consequences, is irresponsible, no other way to look at it," continued Inslee. "And what is doubly enraging to us, both Republicans and Democrats, the day before this president put out very clear guidelines based on substantial epidemiological evidence of his experts Dr. Fauci and Dr. Birx that had a lot of reason to it, saying we have to wrestle this virus down significantly before we let off pressure of social distancing."

"His own physicians saying this, his own guidelines that we're pretty consistent with in state approaches, Republicans and Democrats," added Inslee. "The next day, to say you should ignore that, is an outrage."