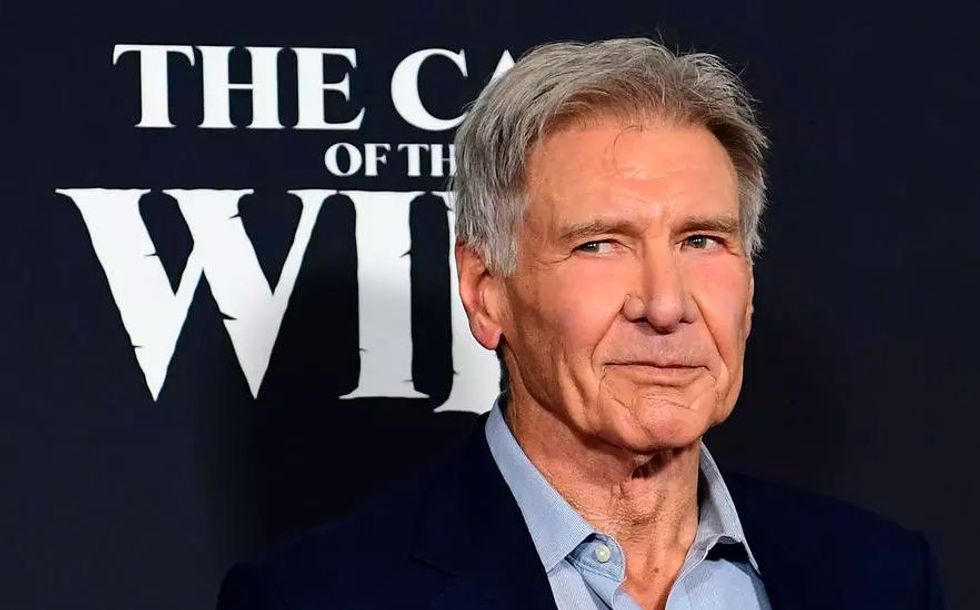 US actor Harrison Ford piloted a plane across a runway as another aircraft was taking off, aviation officials said Wednesday, confirming they have opened an investigation.

It is the latest aviation mishap for the 77-year-old "Indiana Jones" star and flying enthusiast, who misheard an air traffic instruction in the incident which did not result in any damage last Friday.

"The FAA is investigating an incident in which the pilot of an Aviat Husky taxied across the runway... while another aircraft was performing a touch-and-go landing," the Federal Aviation Administration said in a statement to AFP.

The planes were 3,600 feet apart during the incident at a Los Angeles county airport.

Ford had been told to stop as the other plane practiced landing and immediately taking off, but instead he continued across the runway.

"Excuse me sir, I thought exactly the opposite. I'm terribly sorry," Ford can be heard saying in an audio recording.

Ford -- one of the biggest names in Hollywood, who rose to fame as smuggler-pilot Han Solo in the blockbuster "Star Wars" movies -- avoided punishment over a near-miss aviation incident at another southern California airport in 2017.

Ford mistakenly landed a plane of the same model on a taxiway instead of the runway, passing over a Boeing 737 with 110 passengers and six crew on board.

He suffered multiple injuries in the 2015 incident, including a broken pelvis and ankle.

Ford took his first flying lessons in college, gave up due to lack of money, but got back into it after becoming an established film star.

Now with years of flying under his belt, Ford has been the owner of several planes, from two-seat bush aircraft to corporate jets.

Representatives for Ford told AFP that "there was never any danger of a collision" in the latest incident.

Republican shuts down push to raise minimum age to buy a gun in Texas: report

Texas House Speaker Dade Phelan said the state Legislature will not pass meaningful gun safety legislation during its next session but signaled an openness to creating limited exceptions to the state’s abortion ban.

Families of the Uvalde school shooting victims, along with House and Senate Democrats, have repeatedly called for a special session to raise the minimum age to buy a firearm from 18 to 21.

On Friday, The Daily Beast reported that a 23-year-old Mississippi man faces federal charges after he allegedly staged a cross burning in his front yard to terrorize a Black family in his neighborhood.

"In December 2020, Axel C. Cox, a resident of Gulfport, allegedly set a cross ablaze while spewing racist comments at his Black neighbors," reported Brooke Leigh Howard. "On Friday, the Department of Justice charged him with one count of criminal interference with the right to fair housing and one count of using fire to commit a federal felony."

Update: Gov. DeSantis has issued an emergency order for 24 counties in response to the tropical system threatening Florida next week. “This declaration will make available important resources and support, as well as free up funding sources for emergency protective measures. Under this emergency order, members of the Florida National Guard will be activated and on standby awaiting orders,” the governor’s office said.