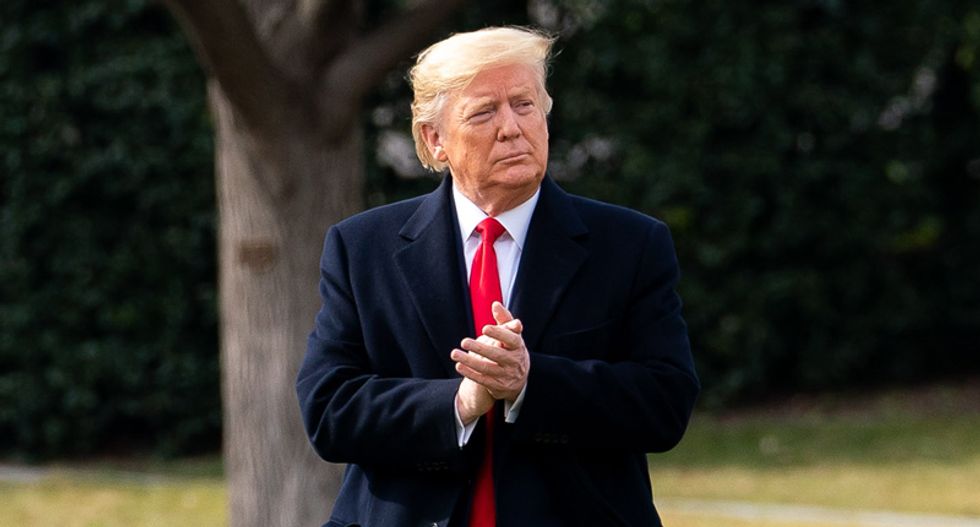 President Donald J. Trump walks across the South Lawn of the White House to board Marine One Thursday, Jan. 30, 2020, to begin his trip to Michigan and Iowa. (Official White House Photo by Tia Dufour)

Harvard University is firing back hard against President Trump's accusation that it took stimulus money meant for small businesses.

In a series of tweets posted to its official Twitter account, the university wrote that it would "not have been appropriate for our institution to receive funds that were designated for struggling small businesses."

During a news briefing this Tuesday, Trump said the university should pay back $8.6 million in relief money from a coronavirus stimulus package that was approved last month.

But according to Harvard, it never received the funds in the first place.

"Harvard did not apply for, nor has it received any funds through the U.S. Small Business Administration’s Paycheck Protection Program (PPP) for small businesses," the university tweeted. "Reports saying otherwise are inaccurate."

As the New York Daily News points out, Jared Kushner was admitted to the elite Ivy League school despite less-than-stellar academic performance after his parents made a $2.5 million donation.