'He was not joking': Fox's Neil Cavuto baffled at Trump's 'unsettling' comments about injecting 'disinfectants' 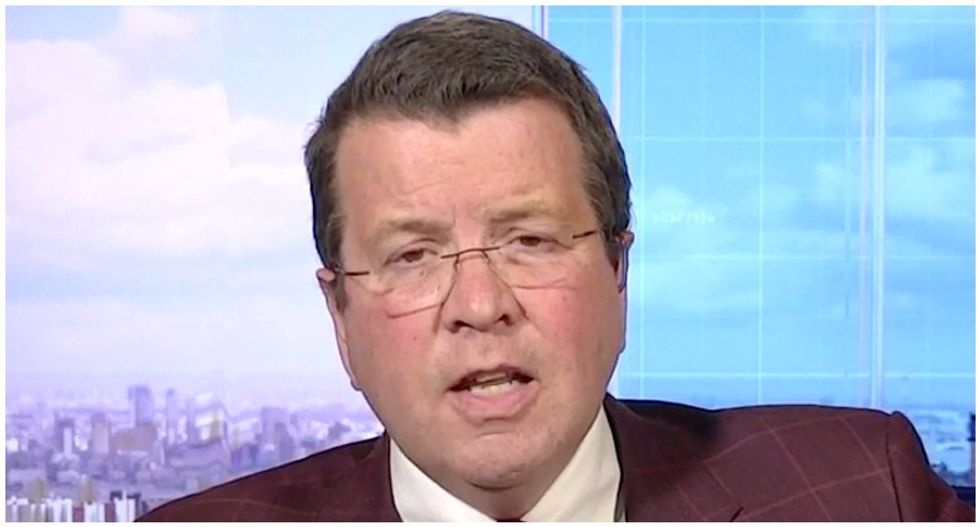 On his Fox Business show this Friday, host Neil Cavuto addressed President Trump's recent comments where he seemingly suggested injecting disinfectants as a treatment for coronavirus, and Trump's subsequent claim that his comments were sarcastic.

"Wow -- that it a little unsettling, folks," Cavuto said. "I gotta clarify this -- the President was not joking in his remarks yesterday when he talked about injecting people with disinfectant."

"Nor were we imaging the incredulous looks he got from his medical team when he made the suggestion," he continued. "There was nothing in those comments yesterday that hinted of the dismissal he was giving today.

Cavuto acknowledged that it's possible Trump may not have intended his remarks to be interpreted the way they were, "but that is what he said."

"Now, he might be dialing that back today," Cavuto said. "I don't know why he just didn't say, 'Look, I screwed up, I got it wrong, that wasn't my intention.'"