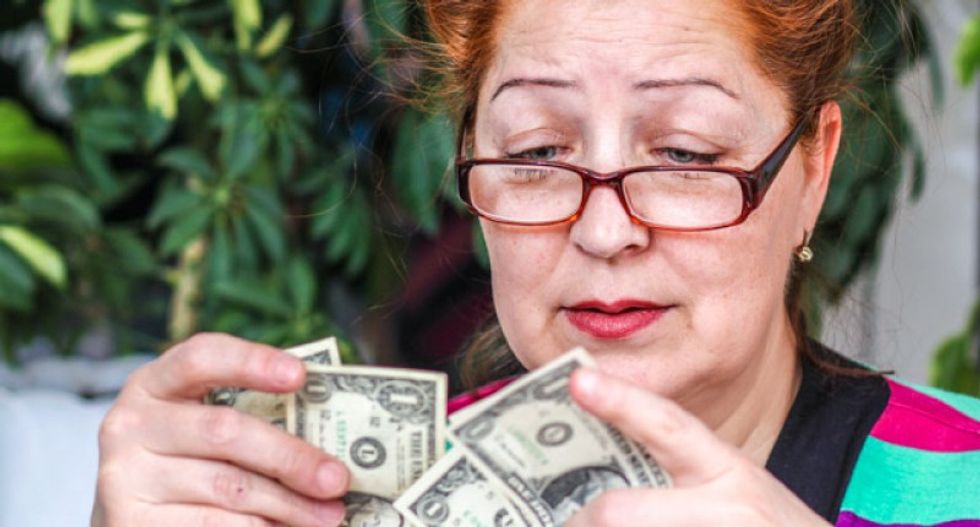 The global coronavirus pandemic has put our economy in free-fall.

Even through Donald Trump's reckless economic policies, like his pointless trade war with China or his deficit-busting tax cuts for his billionaire donors, the economy has somehow managed to keep chugging along — until now.

All of the stock market gains from Trump's time in office have been wiped out, and over the course of just over one week in March the Dow Jones Industrial Average experienced its five largest drops in history.

Worse than a plummeting stock market, businesses and major industries have been forced to shutter their windows to help combat the rapid spread of the virus, putting hundreds of thousands of workers' paychecks at risk.

A recession is inevitable at this point. Here are 3 things we can do to prepare.

Number one: We need to reform unemployment insurance so it reflects the needs of today's economy.

As a result, only 27% of unemployed workers receive benefits today, compared to 49% of workers in the 1950s. We need to expand unemployment coverage so that everyone is protected.

Already weak, the program didn't hold up well during the Great Recession. Funding doesn't automatically expand during economic downturns – meaning the more families are in need, the less money there is to help them. The program also has strict work requirements, which can't be fulfilled in a deep recession. Worse yet, many individuals in need have already exhausted their five years of lifetime eligibility for assistance.

We need to reform the public assistance program so that more families in need are eligible. It should be easier to waive the strict work eligibility requirements during the economic downturn, and the lifetime five-year limit should be suspended.

Unlike public assistance, SNAP responded well during the Great Recession. Its requirements are designed to expand during economic downturns or recessions.

Waiving work requirements during the Great Recession made thousands of people in need eligible for the program who otherwise wouldn't have been. Between December 2007 and December 2009, the number of SNAP participants rose by 45%. The program helped keep an estimated 3.8 million families out of poverty in 2009.

But that might not be an option this time around, as SNAP has come under attack from the Trump administration, which is trying to enact a draconian rule change that would kick an estimated 700,000 of our most vulnerable citizens off of the program. Luckily, a judge blocked the rule from going into effect, but the administration is still fighting to enforce it — even in the middle of a global pandemic. We need to make sure SNAP's flexibility and ability to respond to economic downturns is protected before the next recession hits.

Stronger safety nets are not only good for individuals and families in need. They will also prevent the looming recession from becoming an even deeper and longer economic crisis.