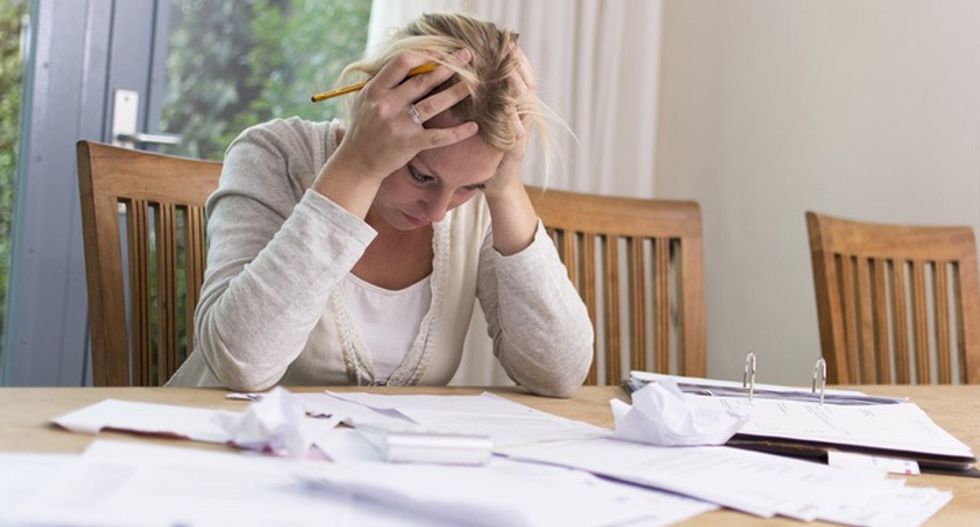 Republicans are not fans of the Internal Revenue Service. Many GOP lawmakers have called for its abolition outright, and when Republicans controlled the House, they progressively cut its budget further and further.

But all of that has had consequences on not just tax enforcement, but — as The Washington Post reported on Saturday — execution of the $2 trillion coronavirus stimulus package.

"On Wednesday, what would have been Tax Day, many Americans who would have been wondering how much they had to send the Internal Revenue Service instead wondered how much they would get in stimulus bill money from Washington," wrote the editorial board. "Some got $1,200 checks for themselves but not the $500 for each under-17 dependent they were supposed to receive. Others, including many who used tax preparation services, got nothing at all because the IRS did not have their electronic bank account information. New electronic tools to help people get their money worked for some but not others."

"The IRS must fix the glitches, fast," wrote the board. "But blame should not be cast solely on a federal bureaucracy that Congress ordered to organize, in a matter of weeks, the massive logistical effort required to send tens of millions of people hundreds of billions of dollars, in a variety of ways, in partnership with other big agencies, when its banking records were incomplete, all the while protecting against identity theft and other forms of fraud ... Moreover, Congress itself deserves much blame for the undercapacity of the IRS. Years of GOP defunding led to severe underinvestment in staff, technology and customer service, the folly of which is only more obvious now."

"In normal times, the big problem with the Republican campaign against the IRS was that it led to lax enforcement of tax laws, which let cheaters skip out on paying massive amounts of money to the Treasury," wrote the board. "Small amounts of funding spent to maintain a functional IRS would have yielded large amounts of income that the federal government was owed, at the same time ensuring fairness for the vast majority of Americans who obeyed the law."

"Now the big problem is that Congress suddenly needs an efficient, staffed-up agency to help rescue the economy, but it must fight the downturn with the agency lawmakers built," wrote the board. "Without the years of cuts, the IRS would be more capable of answering Americans’ many questions about confusing procedures to obtain their stimulus checks. It would also have had more capacity to build the technological tools it had to create on the fly to aid distribution."

"Democrats began reinvesting in the IRS after they took the House in 2018. Lawmakers also allocated more money to the agency in its recent economic rescue package," noted the board. "Congress should continue this long-needed reversal. And the next time some legislator wants to score cheap political points by attacking the IRS, lawmakers should remember what happened this year."