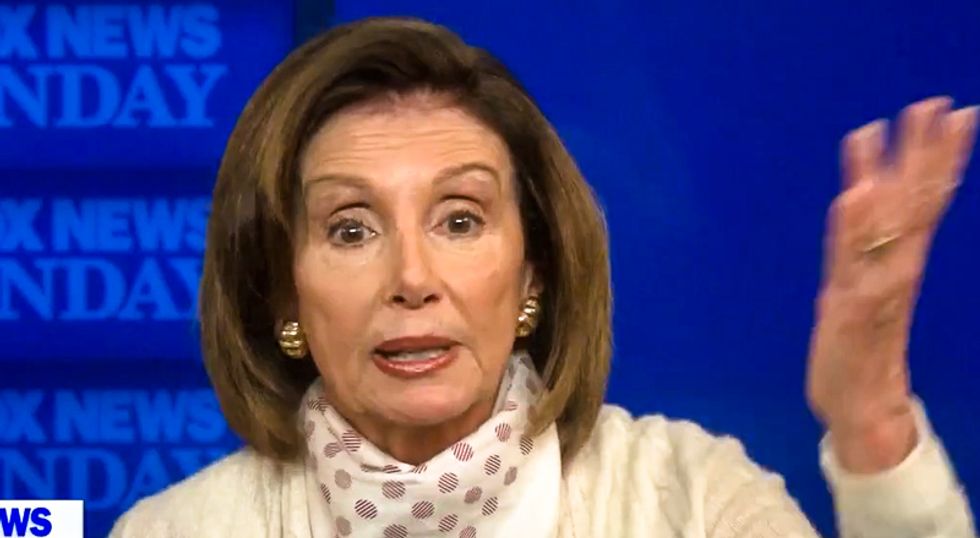 House Speaker Nancy Pelosi (D-CA) took the case against President Donald Trump to one of his favorite news networks on Sunday.

During an interview on Fox News, host Chris Wallace asked the Speaker why she had recently referred to Trump's response to the coronavirus pandemic as "weak."

"I'll tell you why I came to that," Pelosi recalled. "What I decided was the president has made many mistakes. Okay, let's have an after-action review of that."

The Speaker argued that Trump's playbook "might have been okay" before the coronavirus pandemic.