'He's the guy who said ride it out!' Nicolle Wallace attacks Trump as 'the phantom' making things worse 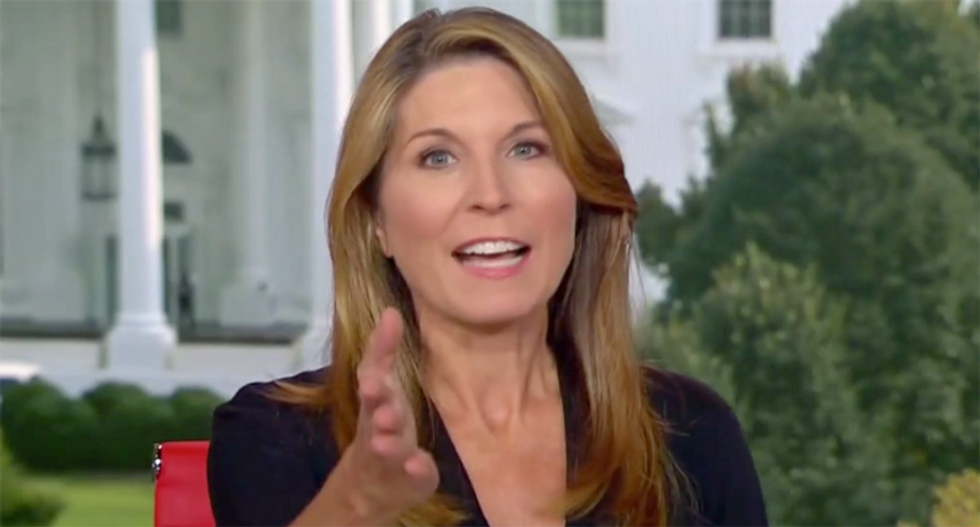 Speaking Wednesday afternoon, Wallace showed the clip of Trump quoting "some people" saying that the country should merely "ride it out. Don't do anything, just ride it out and think of it as the flu."

"I have heard from sources that Dr. [Anthony] Fauci through Secretary Alex Azar had been banging the pots and pans very early in the year, whether he feels warmly toward them or not, he did not listen to them. And he's talking about, 'people who said ride it out' He's the guy who said ride it out! Last week, he said last week, 'let's get everything open on Sunday.' He seems to be blaming some phantom. He's the phantom!"

Washington Post reporter Ashley Parker called it tremendous revisionist history on the part of the president.

"It wasn't only Dr. Fauci and Dr. Birx, there was very much a push and pull between the economic advisers and medical advisers, and there was a significant period where the economic advisers were winning. And when he was frustrated with Dr. Fauci for sort of gently but firmly correcting him from the podium and in media interviews and one of the president's tells is -- 'some people are saying, some people were saying ride this out.' That some people is him. That was his belief initially. So, it did take him a very long time to come here. but he's not acknowledging that. He's not acknowledging that at all."

She explained, however, that it doesn't change the facts and it also doesn't stop the death toll. It's easy to look back at the videos from two and three months ago where the president was downplaying the crisis. Even then his experts were sounding the alarm in TV interviews. The president simply wasn't listening.