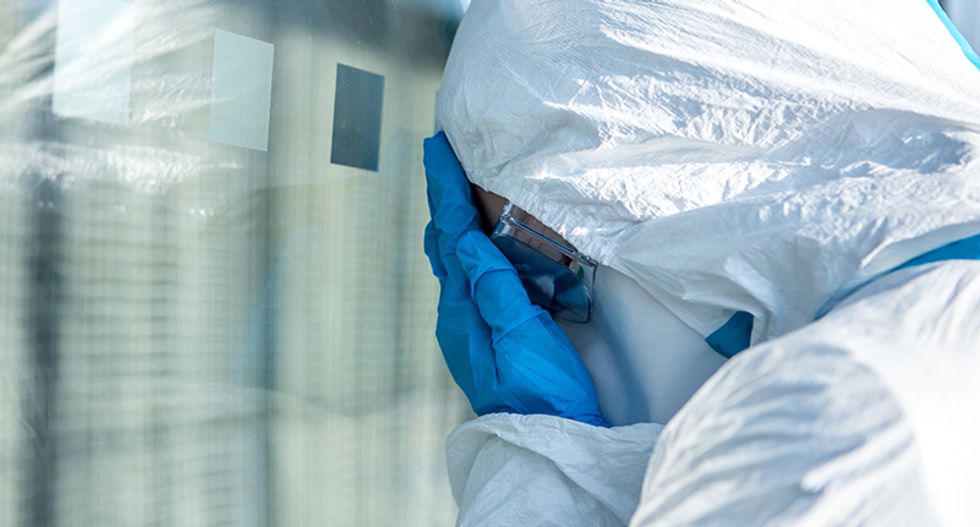 A leaked memo from HCA Healthcare revealed that they aren't afraid of firing nurses, doctors or techs even in the era of a coronavirus outbreak.

Business Insider acquired a leaked memo from the largest hospital system in the country, HCA Healthcare, reminding employees that they aren't allowed to speak out on social media or talk to the media about anything. Jhonna Porter, a nurse in Los Angeles has already been suspended for "violating the social media policy in a post in a private Facebook group."

The rules, however, were applied retroactively to Porter. Her post in the group was from prior to the memo being sent out March 24, but she was still removed on March 25.

"Porter told Business Insider that she hadn't violated the new policy, and that she believed the actual reason for the suspension is that she has been a whistleblower, calling out hospital equipment shortages," the report said. "And now her freedom of expression is being stifled during a crisis, she added. Her case paints a picture of how hospitals have been pushed to the brink by the coronavirus pandemic, and how the strain is starting to show."

Hospitals in large cities are already being pushed to their limits and New York was begging doctors and nurses to come out of retirement to help out.

Since the virus has spread, nurses and doctors have taken to social media to urge people to social-distance, explain why they need greater access to protective equipment, and tell Americans just how bad things are.

Interestingly, however, the HCA Twitter account prompted a group of Kansas City nurses that appeared on Fox News last week to talk about their efforts to help a hospital in Louisiana.

They also promoted a nurse playing the guitar on Twitter.

Both were posted after the corporation instituted the social media ban.

"HCA Healthcare is publicly traded, with backing from private equity firms Bain and KKR, which took the system private in a $33 billion deal in 2006, at the time the largest leveraged buyout in history. Its current market capitalization is nearly $30 billion," the report said.