'How does that help?' Andrew Cuomo slams Mitch McConnell's 'offensive' demand for states to go bankrupt 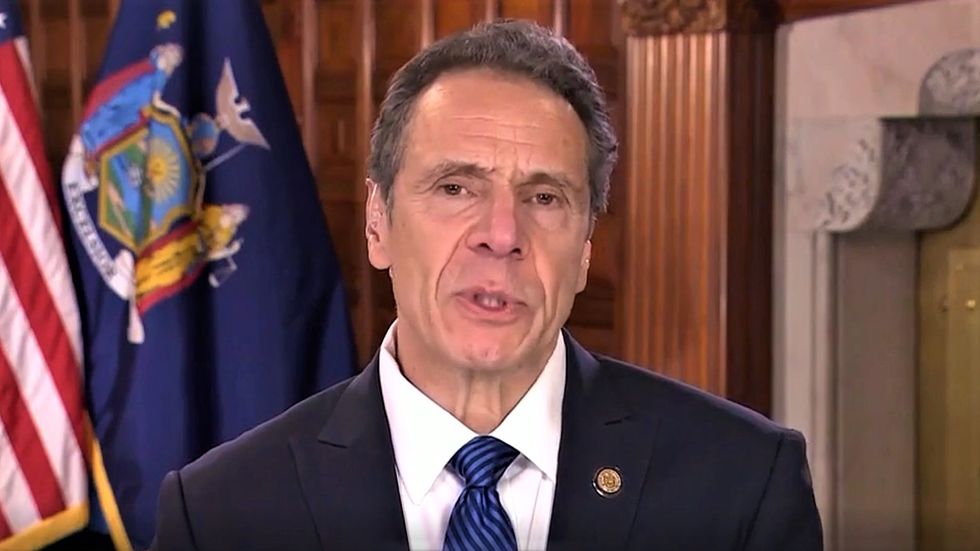 On CNN Wednesday, in a conversation with his younger brother Chris Cuomo, Gov. Andrew Cuomo (D-NY) laid into Senate Majority Leader Mitch McConnell (R-KY) for saying he wants state governments to go bankrupt rather than give them a bailout.

"One of the dumbest statements of all time," said Cuomo. "Mitch McConnell, they're talking about bringing back the economy and then he says states should declare bankruptcy. How does that help the national economy?"

"And he then says this is a bailout to the blue states, which is a really offensive statement," continued Cuomo. "What he's saying is the blue states are the states that have the coronavirus problem. Why? Because the coronavirus problem is basically a function of density, and urban areas have more density, and those are cities and cities are blue. They are Democrats. So why should he bail out the blue areas. I mean, it really is offensive. You talk about one issue where you think you can get past partisanship and pettiness and now you talk about helping communities where people are dying and you say they are blue states? No. the coronavirus attacks Republicans and it attacks Democrats. It doesn't ask someone are you a Republican or are you a Democrat."

"Normally in emergencies, Chris, this is the one time when you saw the federal government put the politics aside," added Cuomo. "A state has a hurricane and the state had a flood and they got federal funding because you didn't play politics with that. McConnell is the exact opposite, and that's why I said all along they should have insisted that the state funding be in this bill and when they signed this bill, they passed this bill which is small business. They took care of airlines and they took care of all these industries."

"If you don't do state and local government, by the way, that's police. That's fire. That's teachers. That's schools," said Cuomo. "You're not going to fund those areas and you're not going to fund the states which are the governors who are doing all of the reopening. I mean it's so politically repugnant. How am I supposed to reopen if you want me to declare bankruptcy? I mean, it makes no sense on any level."