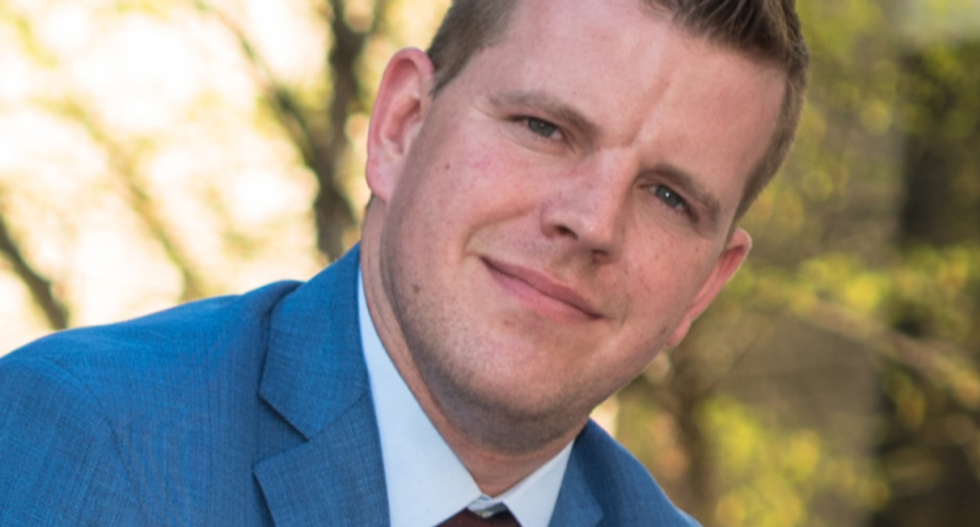 Image via Lewis for Kentucky.

On Thursday, the Lexington Herald-Leader reported that a first-term GOP lawmaker was arrested after being pulled over for suspected drunk driving — just hours after the end of the state legislative session.

"According to the citation, Mehler was responding to a call when he saw a Chevrolet Silverado pickup truck sitting against a fence in a ditch," continued the report. "When he stopped to help. Lewis got out of the truck. He was 'extremely unsteady' on his feet, almost falling backwards into the truck, the citation said. Lewis was slurring his words, his eyes were glassy and bloodshot, and his breath smelled strongly of alcohol, Mehler said in the citation."

Lewis reportedly demanded over and over that the officer contact Laurel County Sheriff John Root. When Mehler declined and asked him to perform a field sobriety test, Lewis said, "I ain't gonna do a God damn thing you want."

"While waiting on a wrecker to tow away Lewis’ truck, Lewis demanded to have his blood-sugar level tested," said the report. "An ambulance worker tested Lewis and said his blood sugar was slightly elevated 'and not the reason for his behavior,' the citation said. Lewis was taken to Saint Joseph – London Hospital, where he refused to take a blood test to determine his blood-alcohol level."