'I prefer not to get involved': Dr. Fauci won't support Trump's attack on the World Health Organization 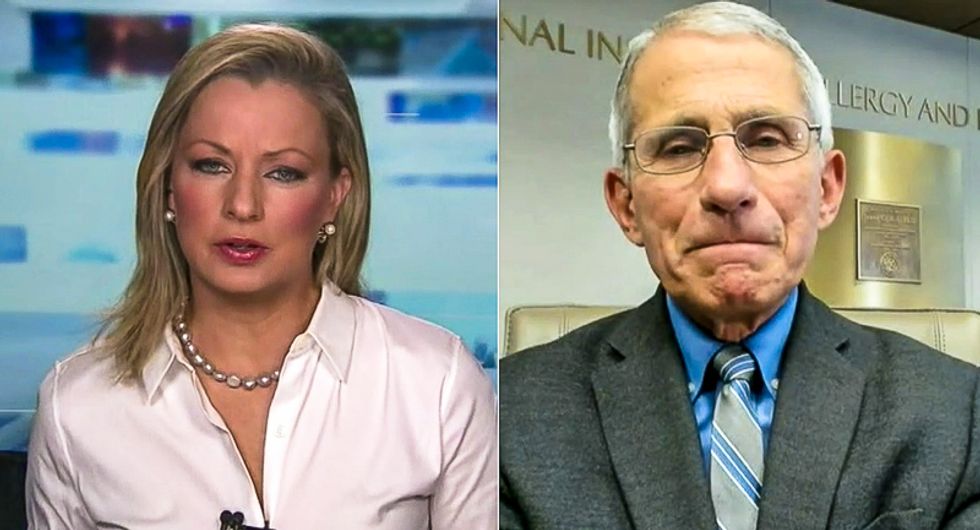 Dr. Anthony Fauci, the federal government's top infectious disease expert, told Fox News on Wednesday that he expected to see "the beginning of a turnaround" in the number of coronavirus cases. The doctor also said that he preferred not to rebuke President Donald Trump over a threat to defund the World Health Organization.

"The number of deaths on a given day continue to increase," Fauci said. "At the same time, we're starting to see some glimmers of hope because the death generally lag by a couple of weeks."

"We're going to start to see the beginning of a turnaround," he continued. "We need to keep pushing on the mitigation strategy because there's no doubt that that's having a positive impact."

As the interview ended, Fox News host Ed Henry asked Fauci if he agreed with the president's threat to end funding for the World Health Organization in the middle of a pandemic.

"To be honest with you, I can't get involved in that kind of discussion," Fauci laughed nervously. "I just need to focus on what my job is to see what we can do in this country and globally to put an end to this."

"The interaction between the WHO is something I really prefer not to get involved with," he added.