In locked down Britain, the beloved pub quiz moves online 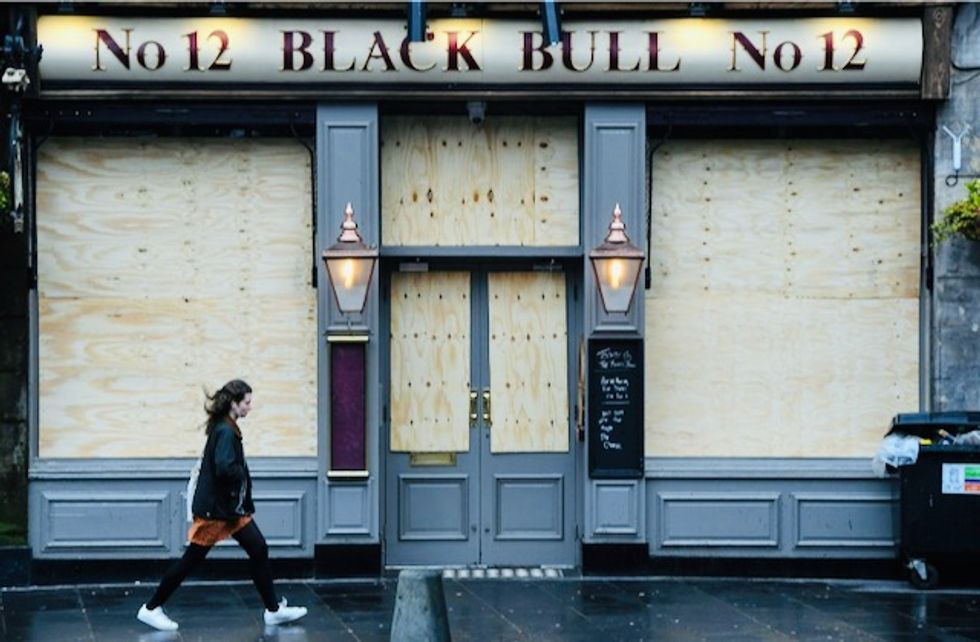 Much of the world is in lockdown, there's a killer virus on the loose, but right now there's only one question that needs answering: who was Madonna's first husband?

Half the faces on the computer screen look blank, but other people start writing, and the quiz master moves onto the next round.

The weekly pub quiz is a fixture of life for many Brits -- an opportunity to drink with their friends and show off their knowledge of largely useless facts.

The pubs are now shut because of the coronavirus outbreak, but with everybody stuck at home, quizzes are thriving online.

"It's pure escapism for an hour or so," said Dan March, who used to run pub quizzes and now holds one a week for friends via the online video conference service Zoom.

It is a virus-free zone, with questions ranging from general knowledge to popular culture, and it's proving popular -- last week he had 80 people logged in.

"There is nothing more fun than extracting that joyous factual nugget from the back of your brain," March told AFP.

"And also, just arguing with your friends about the answer."

Even away from pubs, quizzes are a serious business in Britain.

The gameshow "Who Wants To Be A Millionaire?" was developed here, and the fiendishly difficult "University Challenge" has been broadcast on primetime TV for years.

They even risk becoming part of the arts, after the National Theatre announced monthly quizzes as part of its lockdown program, hosted by actors including Helen Mirren and Ian McKellen.

March is himself an actor but has been writing quizzes for pubs as a sideline for 15 years, including at McKellen's east London local.

Unlike in the pub, the 46-year-old does not charge for his online quizzes, nor is there a prize.

But he encourages people to have a drink and to play in teams, either within their household or to connect digitally with friends isolated elsewhere.

Players are asked to mute their microphones while the questions are read out, but he allows "a bit of banter" in between.

The teams mark their own answers, unlike in a pub, where the tradition is to pass them to a neighbouring table.

But March is not worried: "You're playing for glory, and if you cheat, there is no glory."

Rachel Walker has also found herself inundated for requests for quizzes since lockdown began, and is currently hosting three or four a week.

She only wrote her first one at the request of friends a few weeks ago, but is now using them to raise money for the charity she works for, Marie Curie.

The organization specializes in end of life care and has more than 2,000 nurses working in Britain. Like many other charities in Britain, it has been hard hit by the lockdown.

"All of our fundraising events got cancelled. We've lost millions," she said.

The quiz night donations are voluntary but it all adds up.

"I like to think this is going to help in some small way," she said.

Walker began by using questions from an old version of the general knowledge game Trivial Pursuit, "but everyone said it was too hard!"

"So I started writing it. You don't want it too hard, because it puts people off. Although people moan more if it's too easy," the 46-year-old said.

Her quizzes are themed -- the 1980s, London, one about rave music she drew up for industry types -- and she encourages people to dress up to make it more of an event.

Again, there is no mention of coronavirus.

Walker moves quickly through the questions, so "you don't have time to think about anything else, you just focus on the quiz".

Like the National Theatre, she is also bringing in celebrities to get a bigger audience, with former footballer Chris Kamara holding a family-friendly quiz next week.

And that Madonna question? Sean Penn.