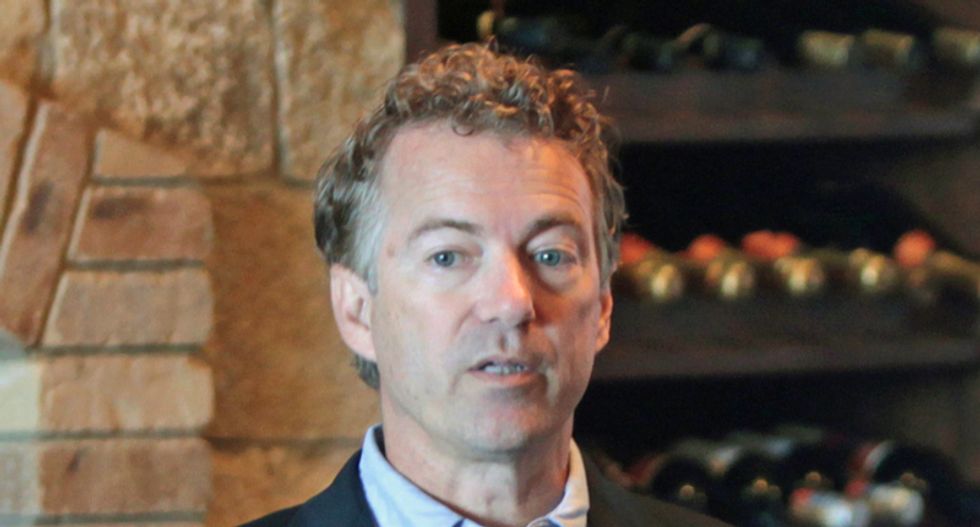 On Friday, Sen. Rand Paul (R-KY) criticized the measures Kentucky is putting in place to prevent the spread of COVID-19.

Taking license plates at church? Quarantining someone for being Christian on Easter Sunday? Someone needs to take a… https://t.co/gaNfvbkju3
— Senator Rand Paul (@Senator Rand Paul) 1586566126.0

Paul's criticism did not sit well with social media commenters, many of whom pointed out he himself had just recovered from COVID-19 — and that he swam in the Senate swimming pool hours before his test came back positive.

@RandPaul Not for being Christian. You can do that anywhere, like at home. For being irresponsible and selfishly… https://t.co/oKIHcX1ePM
— Cass (@Cass) 1586566957.0

@RandPaul Just in case anyone was wondering whether coming near death fundamentally changes republicans and makes t… https://t.co/T8bWcf5xOO
— LadyGrey (@LadyGrey) 1586566826.0

@RandPaul You spread coronavirus around the senate gym...you lost whatever credulity you had which was not much.
— Dr. Sarah Rauer (@Dr. Sarah Rauer) 1586568139.0