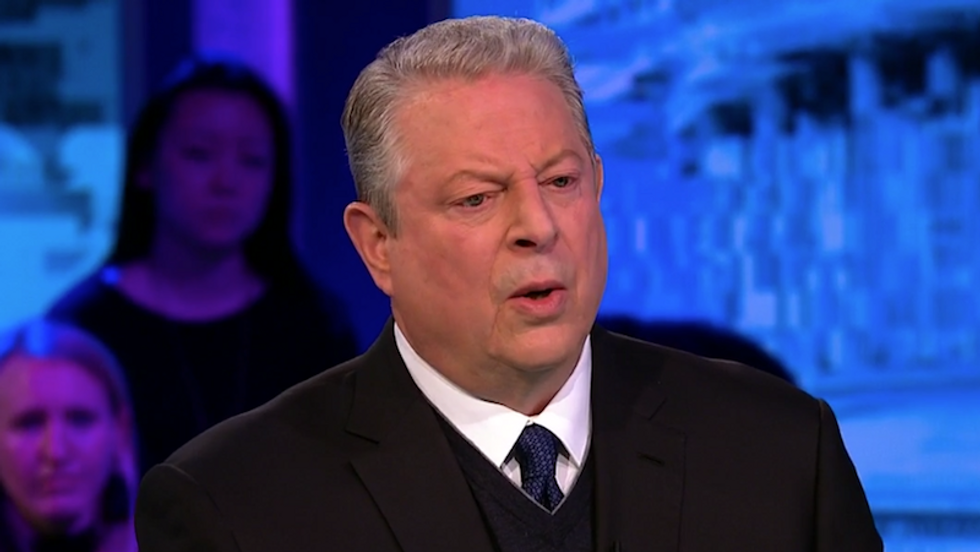 All Gore on Van Jones show on CNN/Screenshot

"Donald Trump has made this all about himself," said Gore. "He has ignored repeated warnings, news reports this evening, showing yet more warnings that were ignored. He ignored the science, as he has done with the climate crisis as well. He has engaged in a kind of a magical thinking. He's pushed dangerous and potentially deadly snake-oil type remedies. He's lashed out at people who have been asking legitimate questions, and who have pleaded with him to try to mobilize the federal government's resources."

"Luckily, there have been others that have stepped up," said Gore. "Governors, Democratic, and Republican governors, in many cases, Dr. Fauci, other scientific and medical experts. This has brought a lot of good out in the American people, but this is a dangerous time for our country, Chris."

"This is, you know, when people all around the world are just dropping their jaws in amazement at the things he says, that's not good for anybody in this country," added Gore. "We've got to get through this in spite of Donald Trump, but it has been an irresponsible, incompetent, and in many ways disgraceful performance."