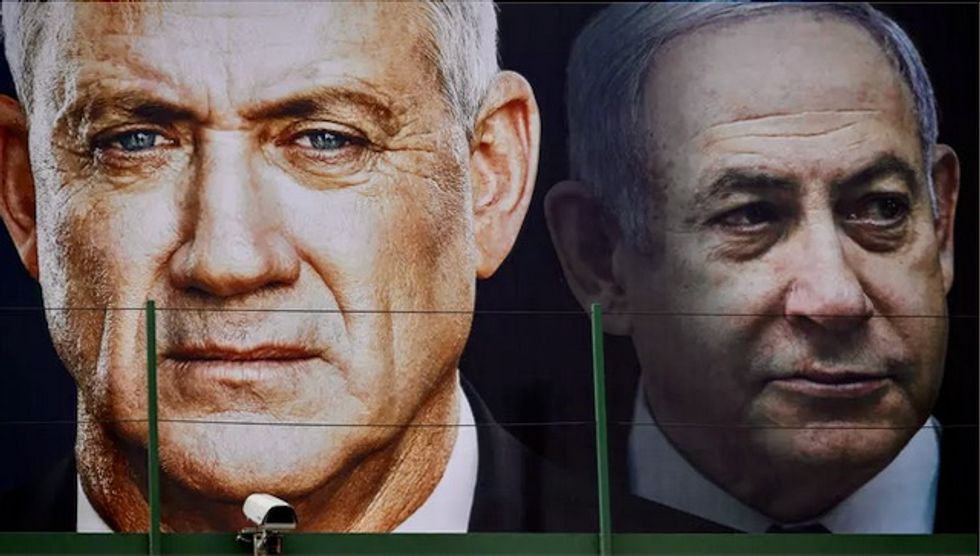 "An agreement for the establishment of a national emergency government is now being signed by Prime Minister Benjamin Netanyahu and Blue and White (alliance) chairman... Benny Gantz," a joint statement said.

Netanyahu, Israel's longest-serving premier and head of the right-wing Likud party, had squared off against Gantz in three inconclusive elections over the past year.

Neither had secured enough support to form a viable governing coalition in any of the votes.

As the COVID-19 epidemic intensified following the last election on March 2, calls mounted for them to unite and offer the country a rare period of political calm as it battles an unprecedented health crisis.

After being mandated to form a government by President Reuven Rivlin, Gantz was elected speaker of Israel's parliament, the Knesset, last month in a surprise move.

He pledged to use that position to seek a deal with Netanyahu, saying the pandemic and grinding political deadlock demanded tough compromises.

His decision led to the break-up of Blue and White, the centrist alliance he led.

Many had speculated that Netanyahu would capitalise on Gantz's weakened position to take Israel to a fourth election in 18 months.

But Monday's deal averted such a poll.

The prime minister was indicted on charges of bribery, fraud and breach of trust in January and some experts had argued he would seek to win a parliamentary majority to push through legislation protecting him from prosecution.

The details of the agreements have not yet been announced, but they are widely believed to include provisions that would see the job of prime minister rotating between the two men, with Netanyahu serving as premier first.