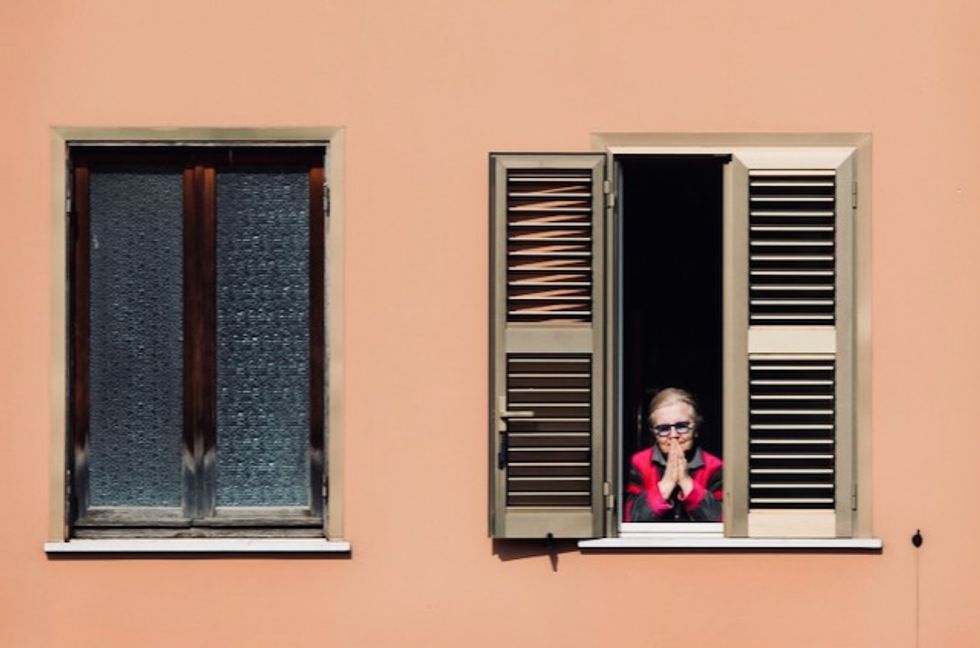 The cabinet approved the spring budget document (DEF), which forecast that the eurozone's third-largest economy would plunge into a deep recession this year, with gross domestic product retracting by eight percent.

The government is widening the budget deficit by 55 billion euros ($59 billion), the "shock cure necessary to enable the country to face this difficult phase," said cabinet undersecretary Riccardo Fraccaro, as quoted by Italian media.

Italy is among the countries hardest hit by COVID-19, with over 25,500 recorded deaths.

The pandemic was a "black swan," an unforeseen event beyond the norm with potentially serious consequences -- without which the country's weak economy had been expected to gradually improve over the year, the document said.

Instead, the government forecast that GDP would fall by eight percent, with the public deficit rising to 10.4 percent of GDP. That is a mammoth leap from the 2.2 percent expected before the pandemic hit, and the 1.6 percent recorded in 2019.

Though Italian debt is a source of concern, S&P nonetheless maintained the country's rating at BBB, or two notches above the speculative category, citing in particular a diversified and rich economy as well as relatively low levels of private debt.

It also expected that most of Italy's new sovereign debt created by the crisis around the pandemic will be bought by the European Central Bank.

However, the outlook is negative, and S&P said it could lower the grade if the government debt situation deteriorates.

In Italy, officials expect the situation to improve next year -- though even then the outlook is still far from rosy.

Rome is tabling on a return to growth, with a 4.7 percent rebound in GDP. It thinks the deficit will lower to 5.7 percent, while the country's vast public debt mountain will shrink slightly to 152.7 percent.

Italy's forecasts are well above the limits set by the EU's Stability and Growth Pact, which calls for deficits to be capped at three percent of GDP, and a debt-to-GDP ratio of no more than 60 percent.

But such rules have been suspended as governments scramble to contain the economic fallout and prevent mass bankruptcies and layoffs.

The nationwide lockdown is expected to be lifted gradually over a four-week period from April 27, though Prime Minister Giuseppe Conte has yet to officially outline the timeline.