It's 'clear on the law' that Trump is wrong about his power over the states: Andrew Cuomo 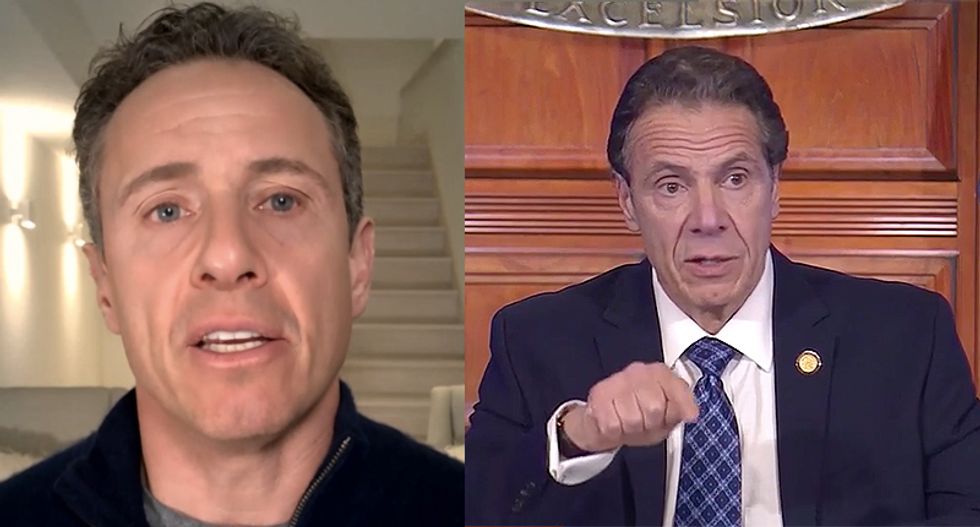 On Wednesday, CNN's Chris Cuomo sat down with his older brother, New York Gov. Andrew for yet another interview. The two engaged in their usual affectionate brotherly banter, mocking each other with inside family jokes, and on a more somber level, Chris revealed his wife may have become infected with COVID-19.

One of the key moments, however, was when the subject turned to President Donald Trump's proclamation that he has absolute authority over governors' decisions to re-open their states — a matter Andrew has clashed with Trump over.

"All right ... who has the power to re-open New York state?" said Chris. "The president said, me. You said, nah, nah, nah, you're not the king, you're president. He said, okay, okay, but I gave Cuomo and the other governors the power. You said, not really. Today he said, yeah, really, because I have all the power. Where are we?"

"I don't think I said 'nah, nah, nah' but ... I said 10th Amendment, I said states' rights. I said the states have clear legal authority when it comes to issues of health and quarantine," said Andrew. "That was the Printz case. It was a New York case. 1992, New York v. United States. So, it's clear on the law, and I did establish that when the president said it."