'It's gonna leave': Trump answers question how COVID-19 will disappear without a vaccine by saying it just will 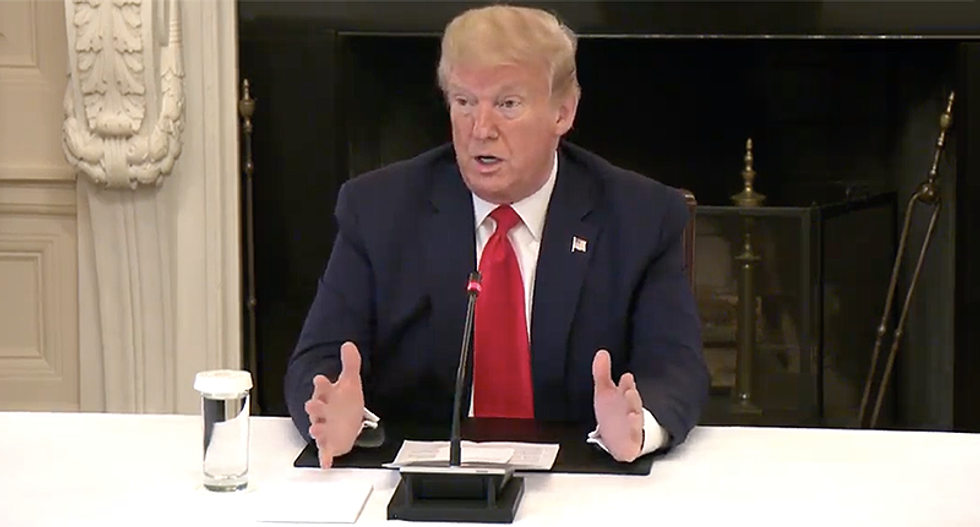 During a press conference Wednesday, President Donald Trump was asked why he thinks that the coronavirus will disappear without a vaccine. His answer left many confused.

"Why do you think without a vaccine, the virus would be gone?" asked the reporter.

"It'll be eradicated," he said, refusing to answer how that would happen.

Trump, who doesn't generally believe in science, has largely deferred to the doctors on the coronavirus task force, but in some cases, he's invented his own conclusions.

Last week, Trump speculated that since disinfectants kill the virus so well that the team looks into injecting such disinfectants into people's bodies. In the days since, there has been a spike in poisonings.

Pres Trump declines today to put a date on when he wants to see the country reopened, other than as soon as possibl… https://t.co/J5yRZUHy7E
— Yamiche Alcindor (@Yamiche Alcindor) 1588196148.0