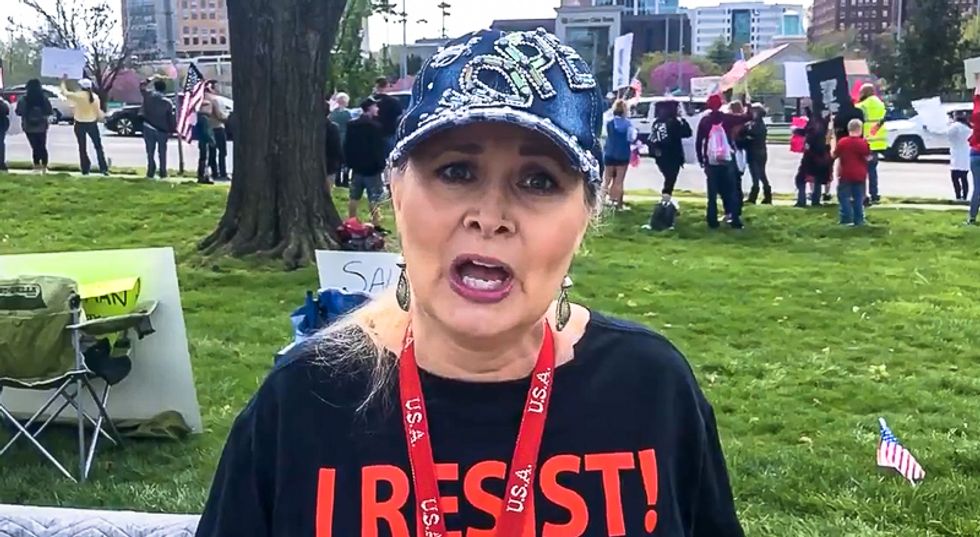 The activist who organized a rally against government stay-at-home orders in Missouri argued on Monday that COVID-19 is "just like the flu" -- even though scientists believe that it is ten times more deadly.

"We are a group of patriots and grassroots efforts to open up Missouri," she said. "I want all the states to be opened up. We have to end this tyranny. Our constitutional rights have been violated and we need Missouri to open up."

"The information that has gone out with the virus -- it's no worse than the flu," Nichols continued. "We didn't lock down cities, states and nations because people had the flu."

According to Nichols, the American dream is being lost "because of false information" about the novel coronavirus.

"It's time to open up the United States now," she insisted. "We are not a communist nation."