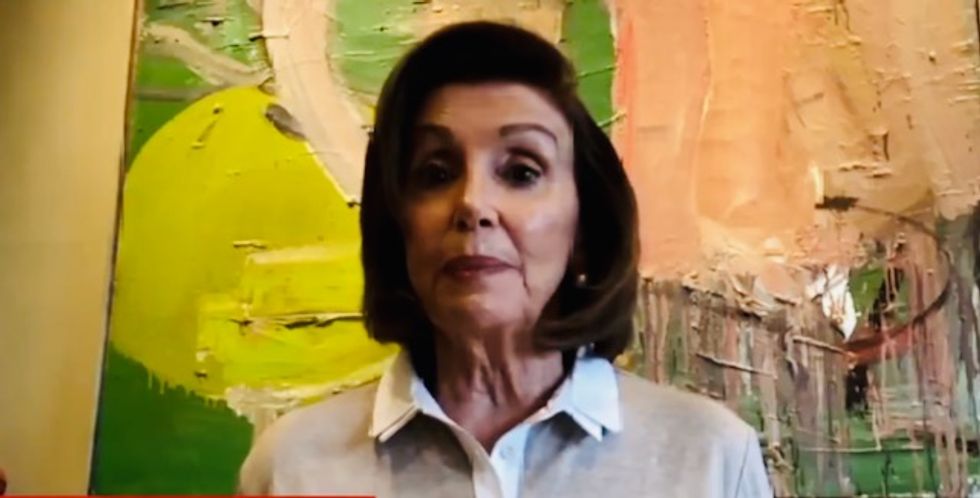 Speaker of the House Nancy Pelosi blasted the U.S. Supreme Court Monday night, just hours after conservative justices in a 5-4 decision not only blocked the governor of Wisconsin from halting his state's election tomorrow, but changed a lower court's decision and gave voters less time to return absentee ballots.

The Speaker, apparently appearing from her San Francisco home on MSNBC's "The Rachel Maddow Show," berated the right wing majority justices, who she says are now "undermining our democracy" by not allowing the election to be postponed until June.

"You have the Supreme Court of the United States, undermining our democracy. It's really shameful. Five to four, surprise, surprise," Pelosi told Maddow (video below.)

"You would think that the Supreme Court of the United States would not overturn a court decision which gave the voters extra time to do vote by mail – a few more days to get their vote by mail ballot in.

"People should not have to decide whether they can vote or be sick," she said of voters and poll workers afraid to leave their homes to cast or accept ballots. "That's just not a good choice for anyone in a democracy."

"Apparently the Supreme Court does not have an appreciation" that America in facing an unprecedented pandemic, she added.

Large numbers of Wisconsin voters have been complaining the requested absentee ballots yet never received them, and their calls have gone unreturned.

The Republican Party in Wisconsin has a majority in both houses of the state legislature and pushed to have the election on Tuesday despite the extreme risk to public health, because they know that less people voting means their chances of winning are greater.

So does President Trump: