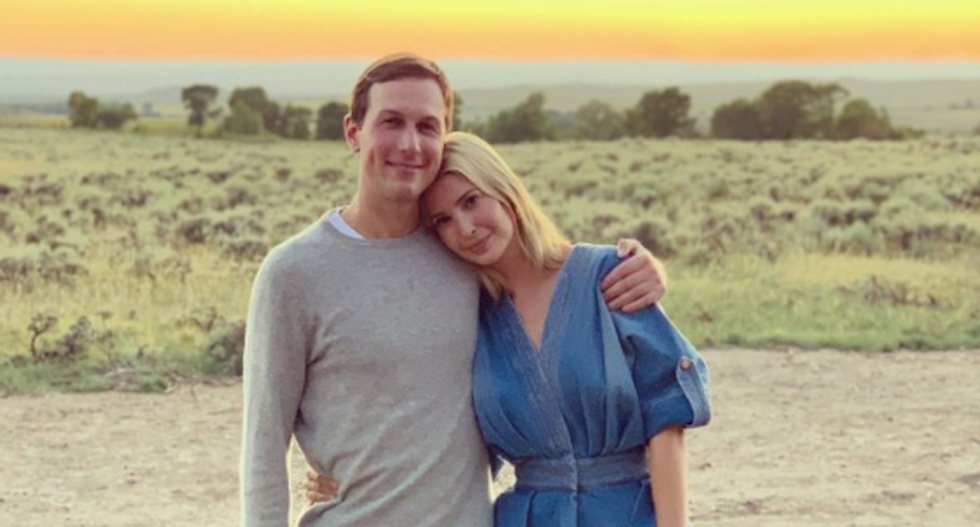 Ivanka Trump decided that the Center for Disease Control guidelines didn't apply to her and traveled to another one of the family's homes in New Jersey for the Passover holy week, the New York Times reported.

"Those lucky enough to be in a position to stay at home, please, please do so," Ivanka Trump said in a video she posted. "Each and every one of us plays a role in slowing the spread."

And yet, Ms. Trump exempted herself from that reqest.

"Ms. Trump and her husband, Jared Kushner, who is also a senior White House adviser, traveled with their three children to the Trump National Golf Club Bedminster in New Jersey to celebrate the first night of Passover this month, according to two people with knowledge of their travel plans, even as seders across the country were canceled and families gathered remotely over apps like Zoom," the Times reported.

Bedminster was forced to close most of the club on March 18, including the clubhouse, fitness suite, and restaurants, which they said would all remain closed until further notice.

Kushner came back to the White House, but Ms. Trump has continued working from New Jersey. The state is one of the worst-hit in the coronavirus crisis, and the county where Bedminster is located, Somerset County, has 1,911 people suffering from coronavirus, and 91 have died. The full state has 68,824 confirmed cases with just 514 who have recovered. Sadly, over 2,800 people have lost their lives.

Ms. Trump said that because the club is shut down, it's safer than her Washington, D.C. mansion. She's lately been spotted jogging in Rock Creek Park in Washington, the Times said.

Before leaving for Bedminster, Ms. Trump appeared at her father's side in the White House's Roosevelt Room after lobbying top bank executives to commit to the Paycheck Protection Program, a relief effort intended to help small businesses weather the pandemic. Ms. Trump has been focused on helping small businesses become a path to the country's economic recovery, and at the event, Mr. Trump, as he often does, falsely credited his daughter with creating "over 15 million jobs."