Jim Jordan rants to open 'rest of economy' despite death toll: 'That is by far the best approach' 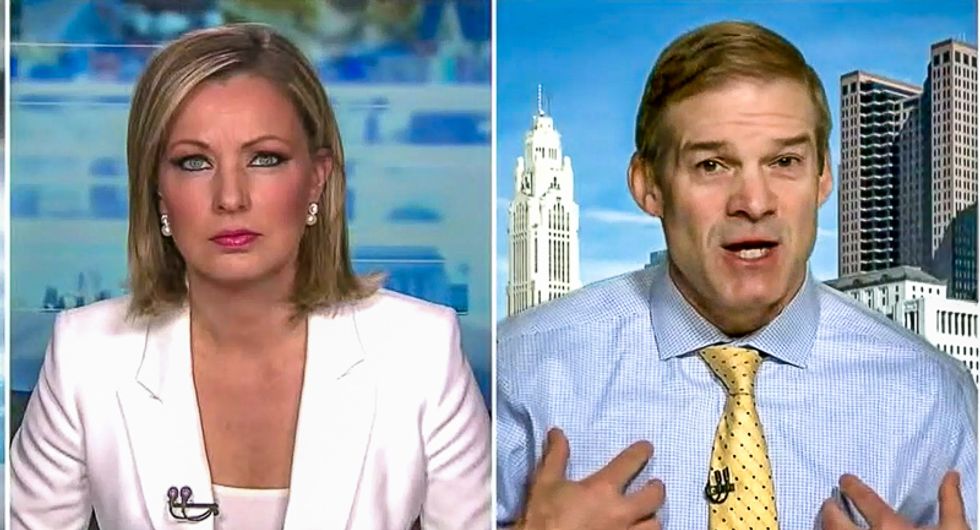 Rep. Jim Jordan (R-OH) said on Wednesday that the "rest of the economy" should be immediately reopen even though it almost certainly means an increase in coronavirus deaths.

During an interview on Fox News, host Sandra Smith asked Jordan about support for another round of relief funding for the American people.

"But the best approach now is let's simply go back to work and we're seeing states begin to do that," he continued.

"So where you stand today," Smith observed, "fourth round of stimulus not needed, just reopen the government?"

"That is by far the best approach!" Jordan said. "In fact remember, so many businesses are deemed essential, they never shut down. So let's let the rest of the economy open up, let's follow the same processes, same protocols and same procedures."

The Ohio Republican also agreed with Senate Majority Leader Mitch McConnell (R-KY) who said that blue states should declare bankruptcy instead of receiving aid from the federal government.

"The best way we can help is let's let the economy open back up," he asserted. "Let's open things up, let people go back to work. Let this great economy that was humming along at an amazing pace prior to this crisis, let's get that back in action and let's start the great American comeback."

"Are you suggesting a sharp return the economy we had before this pandemic hit?" the Fox News host wondered.