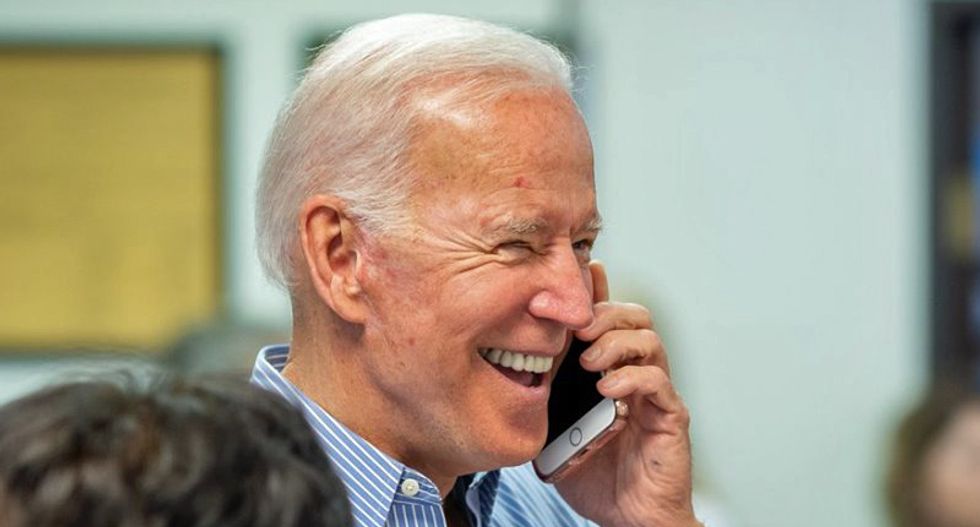 Joe Biden, the presumptive Democratic presidential nominee, was declared winner of the Alaska primary late Saturday after the state shifted to postal voting due to the coronavirus pandemic.

The state's ballots were sent out before Biden's rival Bernie Sanders pulled out of the race last week, meaning the Vermont senator also took a proportion of the vote.

However Biden emerged as the clear winner with 55.3 percent of the vote and nine of the state's 15 delegates, Alaska Democrats tweeted from the party's official account.

Sanders took 44.7 percent of the votes and eight delegates, according to the tweet.

He has stressed he will remain on the ballot and seek to gain as many delegates as possible in order to "exert significant influence" over the direction of the party.

Biden, like most Americans, is under stay-at-home orders due to the global coronavirus pandemic, and has marked becoming the de facto 2020 nominee with press releases and comments broadcast online from his basement.

He has urged Sanders supporters to join his campaign, which already has the backing of nearly all other ex-rivals in the race including senators Kamala Harris and Amy Klobuchar, and former Indiana mayor Pete Buttigieg.