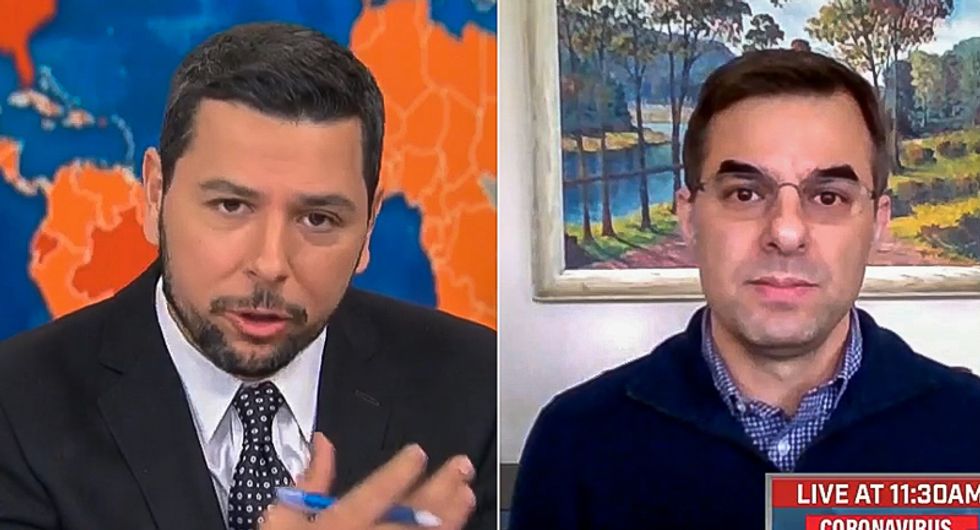 Michigan U.S. Rep. Justin Amash, a former Republican, on Wednesday defended his possible presidential candidacy over concerns that it could lead to the re-election of President Donald Trump.

During an MSNBC interview, Amash was asked about his decision to launch a presidential exploratory committee.

"In 2016, third parties got about 6% of the popular vote," MSNBC host Ayman Mohyeldin noted. "One of the factors that many analysts say helped Donald Trump pull off his upset against Hillary Clinton."

"It's impossible to say if more people will vote for Biden or Trump if I'm in the race or not in the race," Amash argued. "We want to give the American people more choices. This is about democracy, it's about representative government."

"It's hard to see how you would get any Trump voters since, as you mentioned, you have been an outspoken critic of the president," Mohyeldin remarked. "But let's be honest, you're also a conservative who voted against Obamacare, you're against universal health care, you're anti-abortion. You don't exactly line up with Joe Biden or the Democratic Party either."

"There doesn't seem to be a lot of people lined up with where you stand on these issues," the MSNBC host said.

"We can always say the next election is the time or the one after that," the congressman opined. "We've seen time and again througout history people step up who were told this is not the time, whether it was Barack Obama or dozens of other candidates throughout history."