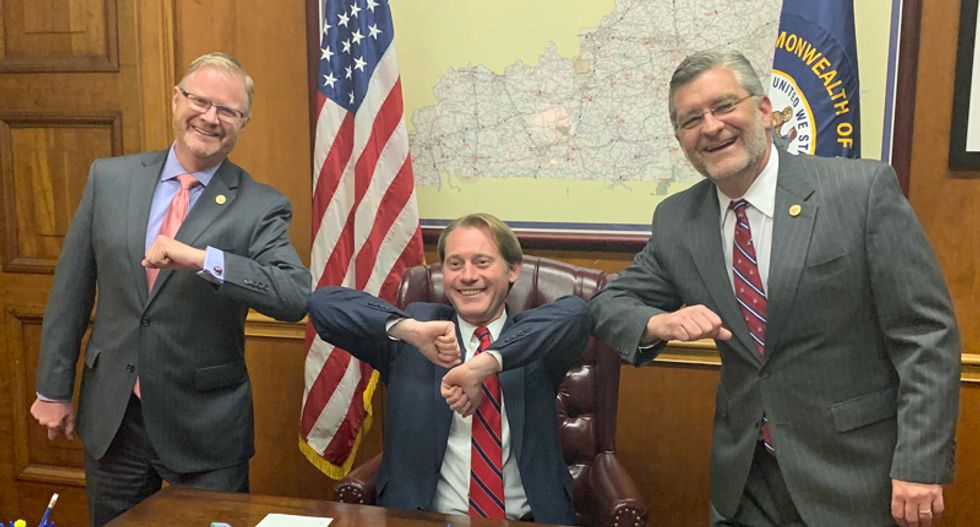 Kentucky Republicans celebrated on Tuesday after successfully overriding a veto on a bill to make it more difficult to vote.

Democratic Gov. Andy Beshear had blasted the bill in his veto message.

"I am vetoing Senate Bill 2 because the provisions of the law would create an obstacle to the ability of Kentuckians to exercise their right to vote, resulting in fewer people voting and undermining our democracy," Beshear said in early April.

"During this time, the offices that would provide this identification are not open to in-person traffic, which would be necessary to create the actual identification," Beshear noted.