'Let's not be silly!' Kellyanne Conway barks at reporter for undermining her 'bunker' attack on Biden 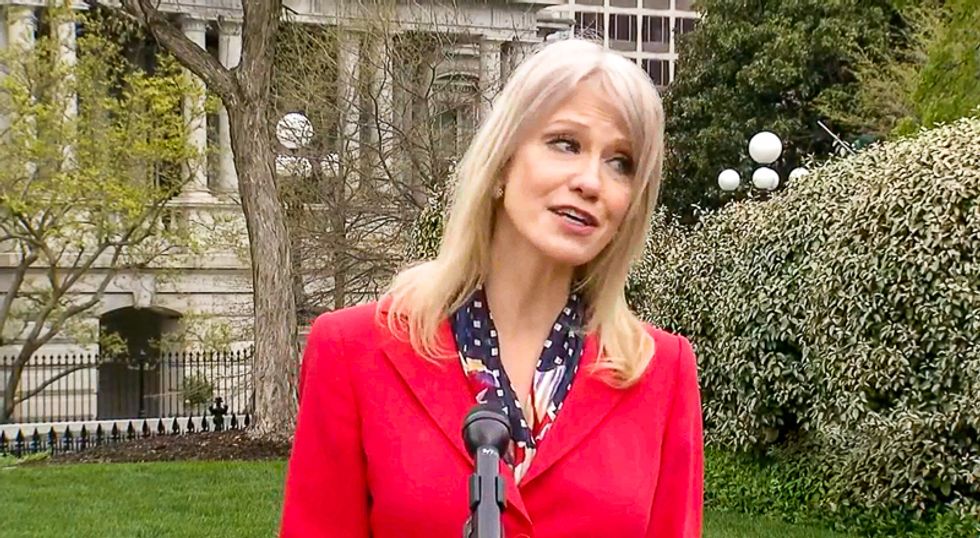 White House aide Kellyanne Conway on Wednesday defended her assertion that Democratic presidential candidate Joe Biden owed President Donald Trump a call to the White House instead of criticizing the government's pandemic response from his "bunker."

During a gaggle outside the White House, Conway was asked why she had slammed Biden during an appearance on Fox & Friends earlier that morning.

"I find it to be petty and a tinge of partisanship and completely unhelpful to the American population to have a former vice president who was here for eight years in his bunker in Wilmington just lobbing criticisms," Conway said of her attack on Biden.

The counselor to the president insisted that the White House had been dealing with the virus "non-politically."

"He's got a lot of fans out there that can't get enough of Joe Biden in the bunker in Delaware," Conway opined.

"Are you suggesting Vice President Biden should be disregarding federal guidelines?" a reporter asked.

"The critics and naysayers have never seemed so small," she added. "And if you're a former vice president and you have some type of visibility, you have a great idea, let's hear it."