‘Like a junkie needs a fix’: Trump mocked after White House cancels coronavirus briefing then quickly adds it back 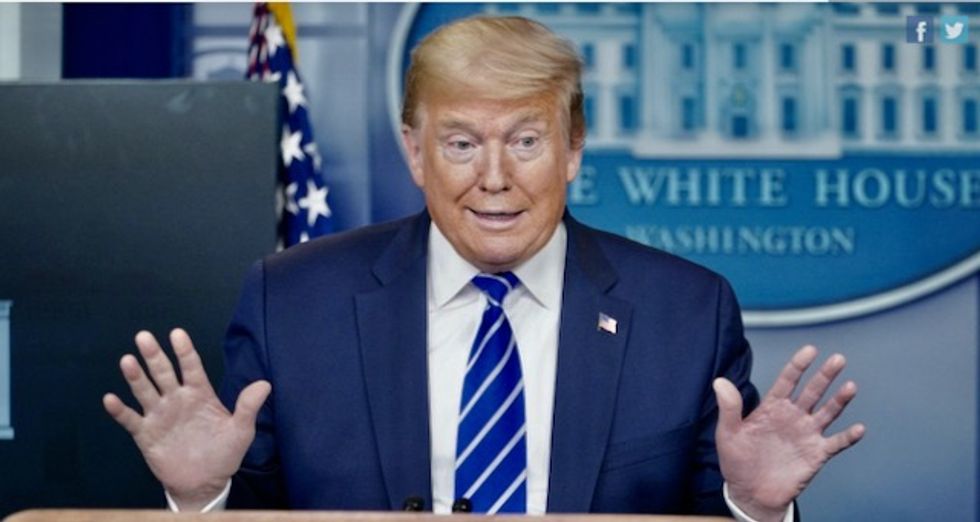 President Donald Trump hasn't held a coronavirus task force briefing since Friday, when he abruptly ended it after 21 minutes and took no questions – clearly not wanting to have to answer for his dangerous disinfectant "injection" remarks.

The White House Press Pool reports: "The White House has added a press conference/briefing for the Rose Garden. Your updated guidance says 5 p.m., but I'm hearing it will be more like 5:30."

Many predicted Trump would not be able to go without these daily "briefings," which some say he is addicted to.

I knew Trump’s tantrum about the press conferences was too good to last. He needs this like a junkie needs a fix. H… https://t.co/UmGIZtuZry
— Charles Johnson (@Charles Johnson) 1588009282.0

So he's spent the weekend yelling at aides to come up with a new way to sell a shit sandwich and now they've repack… https://t.co/E2kYGZEPMn
— Jennifer Hayden (@Jennifer Hayden) 1588008838.0

NO--Donald Trump will further harass the nation with more of his lying, gaslighting, incompetence BS. He will NOT s… https://t.co/YaDZ9bDWbc
— Sophia A. Nelson (@Sophia A. Nelson) 1588009374.0