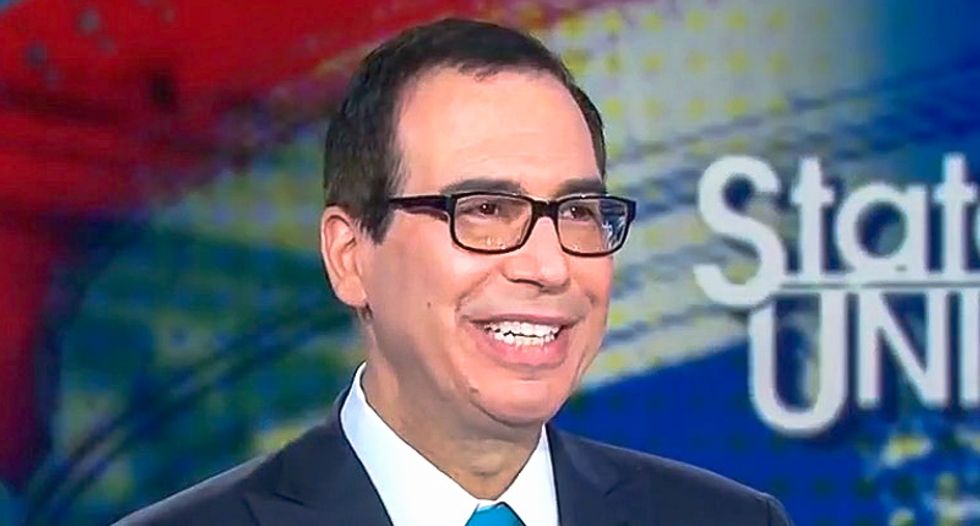 "Big corporations have shown time and again that they will put their shareholders and executives ahead of their workers if given the choice."

A Federal Reserve program approved by Congress and aimed at providing emergency relief to large companies contains a "catch" which will permit the corporations to lay off employees and spend the money on executive pay, according to a Washington Postreport.

Through the Primary Market Corporate Credit Facility, the Fed will provide $500 billion to companies by buying bonds. The corporations will be required to pay the Fed back with interest.

But after a change was made to the program by the Federal Reserve weeks after it was approved, the companies will not be required to abide by rules and restrictions set under the CARES Act.

Unlike other portions of the relief for American businesses, however, this aid [from the Fed] will be exempt from rules passed by Congress requiring recipients to limit dividends, executive compensation and stock buybacks and does not direct the companies to maintain certain employment levels.

Critics say the program could allow large companies that take the federal help to reward shareholders and executives without saving any jobs. The program was set up jointly by the Federal Reserve and the Treasury Department.

The Paycheck Protection Program (PPP), which was passed as an aid package meant for small businesses, came with the stipulation that companies certify that the funds are used to "retain workers and maintain payroll or make mortgage payments, lease payments, and utility payments."

Bharat Ramamurti, a member of the Congressional Oversight Commission, told thePost that offering funds to corporations without restrictions will result in the companies neglecting their employees' needs.

"Big corporations have shown time and again that they will put their shareholders and executives ahead of their workers if given the choice," Ramamurti told the Post. "That's why I'm so concerned that the Treasury and the Fed have chosen to direct hundreds of billions of dollars to big companies with no strings attached."

According to the Post, "The first version of the Fed program to buy bonds from large companies...probably would have compelled recipients of the aid to limit executive pay and dividends. That version of the program, described in a March 23 term sheet issued by the Fed, offered direct loans and bond purchases to companies."

"But on April 9," wrote Jeffrey Stein and Peter Whoriskey, "the Fed altered the design of the program to exclude direct corporate lending. The Fed program will still essentially lend money to large companies—by buying their bonds—but the Fed will not be compelled by the Cares Act to ensure that companies abide by the divided and CEO pay rules."

Historian James Gleick wrote that with no restrictions on how they spend the money, corporations will "line up at the trough."

Treasury Secretary Steven Mnuchin told the Washington Post that lawmakers from both sides of the aisle had agreed in March that direct loans, such as loans through the PPP or the $46 billion bailout offered to airlines, would require companies to spend the money for specific needs including employee retention, but said they agreed that "capital markets transactions would not carry the restrictions."

But economist Eswar Prasad warned against "relying on the good will of the companies" that use the program.

"A few months down the road, after the government purchases its debt, the company can turn around and issue a bunch of dividends to shareholders or fire its workers, and there's no clear path to get it back," Prasad said.