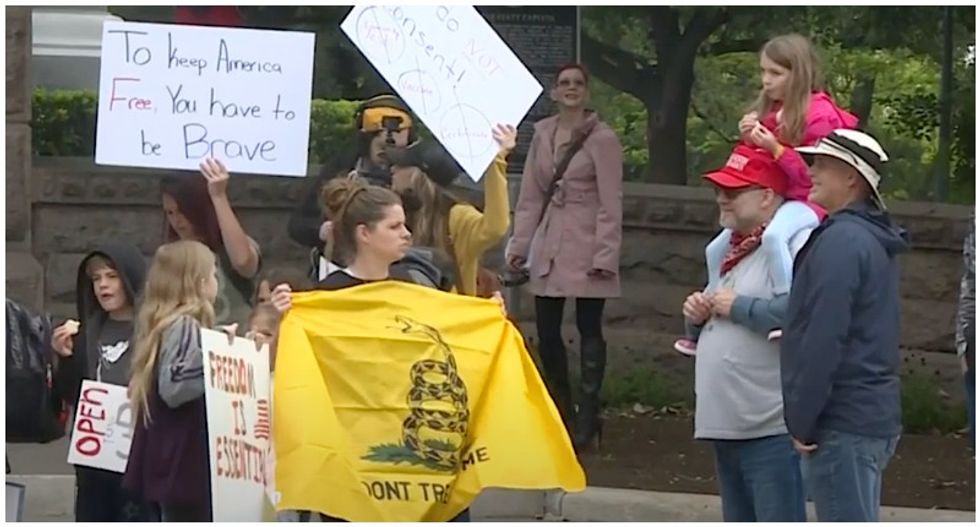 In an op-ed at The Nation this Tuesday, Elie Mystal argued that people protesting the country's stay-at-home orders are inherently hypocritical, since they're claiming to be defending their personal freedom while risking the freedom of others to remain healthy.

"The 'liberate America' protesters—and calling them 'protesters' is being generous to the small band of fake-news enthusiasts who have been deployed in battleground states to fight this newest front in the culture wars—seem to be under the impression that individual hardiness can protect them from Covid-19 and jump-start the economy," Mystal writes. "They claim to want the freedom to make their own choices about their health and safety during the pandemic, but what they really want is to force other people to risk their lives so the economy can rebound."

Mystal wonders how many people "will be forced to play by Republican death-cult rules" if we reopen public venues such as baseball games.

"Transit workers who are already feeling the brunt of keeping the 'essential' economy going will be pressed into game-day schedules to shuttle people to and from the stadium," he writes. "Police officers will be pulled off of more important duties to go to the ballpark and keep the peace. The only people who will have a 'choice' about whether or not to risk their health are the fans, and most of the people protesting only want the stadiums open so they can catch a game on television."

Read the full op-ed over at The Nation.