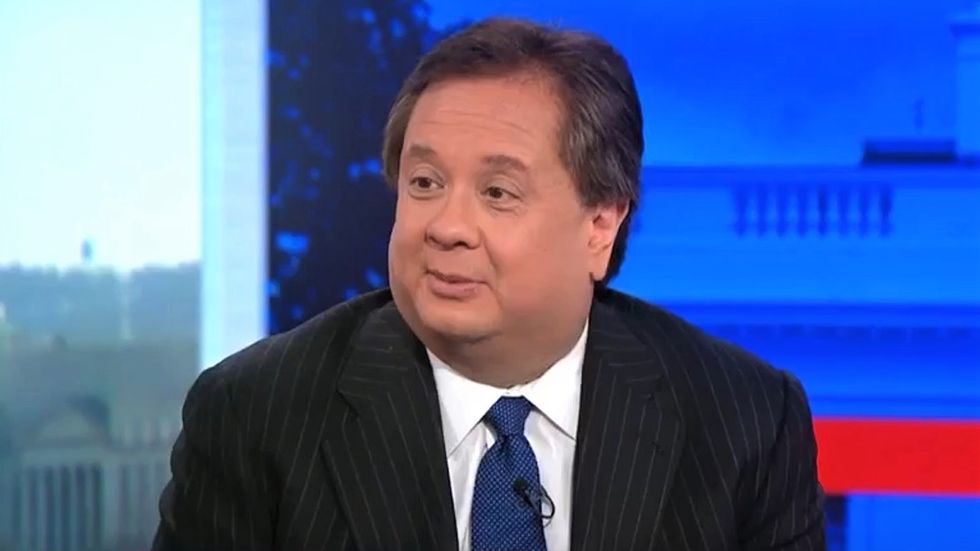 Many critics of President Donald Trump have attributed the United States’ failure to prepare for the coronavirus pandemic back in January and February to the fact that Trump and so many of his sycophants in right-wing media didn’t take it seriously. But when Senate Majority Leader Mitch McConnell appeared on fellow Trump supporter Hugh Hewitt’s radio show on Tuesday, March 31, he found a way to blame that lack of preparation on Democrats — arguing that they were too obsessed with impeachment to focus on a health crisis. And Never Trump conservative attorney George Conway, in an op-ed for the Washington Post, slams McConnell’s assertion as “gaslighting of the highest order.”

On March 31, Conway asserts, McConnell “added to the disgrace by claiming that impeachment distracted officials from dealing with the coronavirus. Speaking to radio host and Post columnist Hugh Hewitt, McConnell said the virus ‘came up while we were, you know, tied down in the impeachment trial. And I think it diverted the attention of the government, because everything, every day, was all about impeachment.’”

McConnell’s theory, according to Conway, is ludicrous.

“Look at the calendar: the impeachment trial ended on February 5,” Conway stresses. “In reality, it was over before it even started, thanks in large part to McConnell. The only drama was about whether there’d be any witnesses — and that ended on January 31, when the Senate voted not to hear testimony. That left plenty of time to deal with the virus.”

Conway adds, “While some lawyers in the executive branch and Congress were working on impeachment around the clock, impeachment didn’t consume the government. Trump managed to get to Mar-a-Lago at least four times in January and February, working in a few rounds of golf along the way. He held five campaign rallies around the country during the impeachment trial.”

In January and February, Conway recalls, Trump found plenty of time to comment on coronavirus — and his comments downplayed its severity.

“On January 22,” Conway recalls, “he told CNBC, ‘We have it totally under control. It’s one person coming in from China.’ On January 24, he tweeted, ‘China has been working very hard to contain the Coronavirus. The United States greatly appreciates their efforts and transparency. It will all work out well. In particular, on behalf of the American People, I want to thank President Xi!’”

Conway continues, “On January 30, at a speech in Michigan, he said again, ‘We think we have it very well under control.’ On February 2, referring to his administration’s January 31 order partially banning travel from China, Trump told Sean Hannity, ‘We pretty much shut it down coming in from China.’”

Impeachment, Conway emphasizes, “didn’t keep U.S. intelligence agencies from warning the president and Congress in January and February about the danger of the virus.” And Conway adds that on February 5, Democratic Sen. Chris Murphy of Connecticut tweeted that the Trump Administration — based on intel warnings — needed to take COVID-19 a lot more seriously.

In that February 5 tweet, Murphy warned, “Just left the Administration briefing on Coronavirus. Bottom line: they aren’t taking this seriously enough. Notably, no request for ANY emergency funding, which is a big mistake. Local health systems need supplies, training, screening staff etc. And they need it now.”

On February 5th, I sat in a meeting with top Administration officials as Senators pressed them to request emergency… https://t.co/9YFyT1bvsy
— Chris Murphy (@Chris Murphy) 1585580283.0

“The problem wasn’t impeachment — it was the president,” Conway asserts. “There was never any chance that the government was going to take sufficient action on the virus when the president himself wasn’t taking the virus seriously. It was Trump, after all, who claimed — at the very end of February, weeks after the impeachment trial had ended — that criticisms such as Murphy’s were a ‘hoax’ and that ‘within a couple days,’ the number of coronavirus cases ‘is going to be down to close to zero.’”

Conway wraps up his op-ed by stressing that McConnell’s attempt to blame pro-impeachment Democrats for the misery that coronavirus is now inflicting in the U.S. simply doesn’t hold up.

“For Trump, it’s always about Trump and only Trump,” Conway writes. “If anything, it was McConnell and his fellow Senate Republicans’ refusal to remove him, not the impeachment itself, that helped bring us to where we are today.”