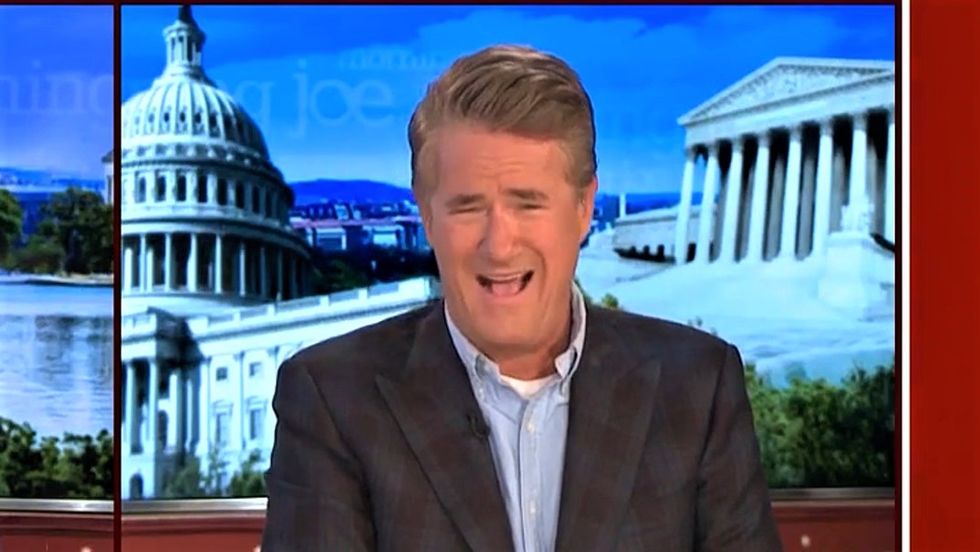 MSNBC's Joe Scarborough started cracking up on Tuesday while discussing the Wisconsin Republican Party's humiliating loss in an election for the state's Supreme Court.

Even though the GOP had refused to postpone last week's election amid the pandemic in the hopes of suppressing voter turnout in Democratic strongholds, liberal judge Jill Karofsky nonetheless handily defeated incumbent conservative Daniel Kelly after many voters across the state risked getting infected by COVID-19 to exercise their constitutional rights.

After hearing that Wisconsin Republicans are now accusing Democrats of trying to "rig" an election that the GOP insisted had to happen amid the pandemic, Scarborough burst out laughing.

"In the immortal words of Forrest Gump, 'Stupid is as stupid does,'" Scarborough said. "In this case, stupid would be the Wisconsin Republican Party, [which] forced people to go out and vote in the middle of a pandemic, believing that it would lower turnout and would elect a Republican so they could purge voter rolls."

Guest John Heilemann similarly mocked President Donald Trump for personally endorsing Kelly and claiming that his endorsement would put the conservative judge over the top.

"Stupider is as stupider does," Heilemann quipped. "In this case, stupider was Donald Trump."