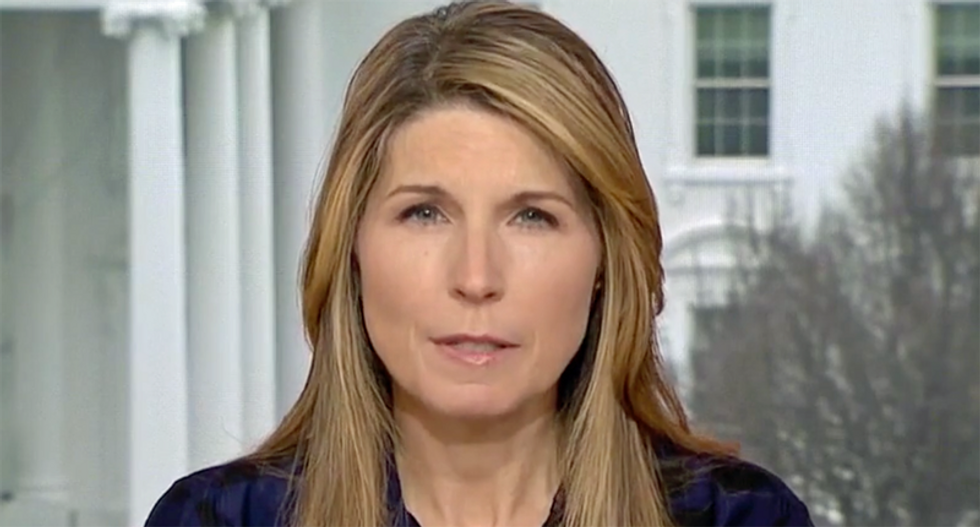 "We've gone two weekend days without the usual daily briefing and absent whatever public education comes from the coronavirus task force news conference every day," said fellow anchor Brian Williams. "Are they engaging in a fiction that perhaps a different Donald Trump is going to show up in the format of a news conference today?"

"Well, all that they have is the fiction," said Wallace. "There is no thought process. There is no strategy session. There is no staff in the traditional sense of a White House staff. There is Donald Trump and the reflection of himself in cable news coverage."

"Notable to me is that they still haven't used that room — the White House briefing room or the Rose Garden, rooms from which wars have been declared and ended, rooms where decisions have been made, and it was a room like that in which the president of our country told people to ingest bleach," said Wallace. "They haven't used any of those stately rooms to tell the viewer to don't do that. So they haven't corrected the harm they did, not just to the listening public, but to the president. So everything they do is sort of a feeble attempt to keep digging out of the hole they put the president in, or the president put himself in."

"But I really think their conduct over the weekend shows that they don't have any influence with him," added Wallace. "Because if he just walked in and said, listen, I made a mistake and for that reason, I'm going to leave the dispensing of medical advice to my advisers, he would go a long way towards repairing his reputation, but he's just, you know, as they say, still digging."