Nancy Pelosi signals Congress may not return to DC at all in the month of April: report 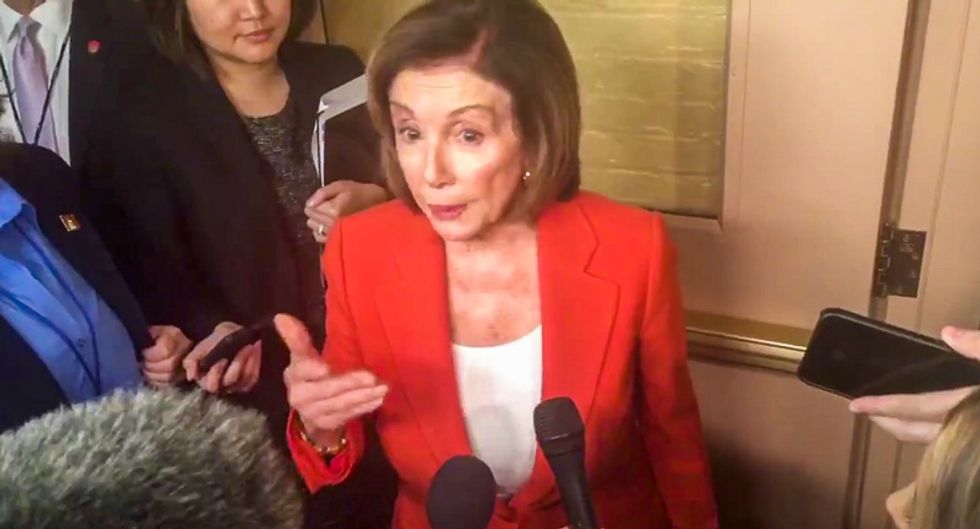 Nancy Pelosi speaks to reporters about the Coronavirus (Twitter/screen grab)

The Speaker of the House of Representatives suggested Congress may not return to Washington, DC during the month of April as the country faces the COVID-19 coronavirus pandemic and a nationwide economic crisis.

"Speaker Nancy Pelosi signaled Thursday that the House is unlikely to return to session later this month, her clearest indication yet that Congress — like the rest of the country — could remain shuttered for weeks or even longer as the coronavirus crisis continues," Politico reported Thursday evening.

The House is scheduled to return to work on April 20th.

"In a half-hour interview, Pelosi issued a stark warning to President Donald Trump, urging him not to prematurely rush to reopen major segments of the country before the coronavirus is under control, which she said could further send the U.S. economy into a tailspin," Politico noted.

Over 15,000 Americans have died from the virus and the latest unemployment numbers showed over 6 million filed for benefits, for the second week in a row.

Pelosi says the House is unlikely to return to session later this month due to coronavirus https://t.co/wlsf5Q7CYT
— POLITICO (@POLITICO)1586485938.0