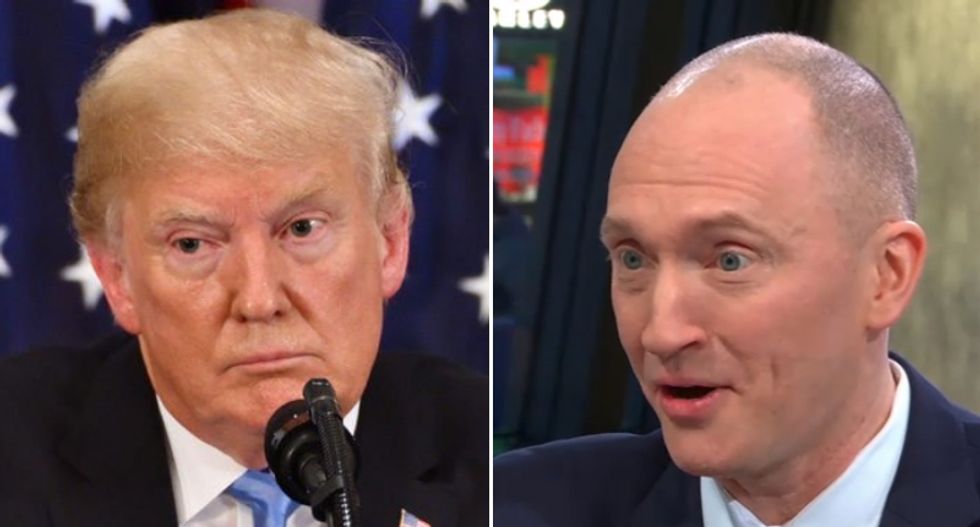 President Donald Trump's war on the intelligence community in wake of the Russia inquiry has impacted U.S. national security surveillance within the country, the New York Times reported Thursday.

Trump has attacked the intelligence community for what he called illegal wiretaps of his campaign. His campaign wasn't wiretapped, nor was Trump personally wiretapped, but he has sworn that former President Barack Obama was after him with such wiretaps. It's unclear if Trump's anger about FISA warrants has soured his relationship with those during U.S. surveillance.

"There were 1,059 such targets of wiretap and search warrants under the Foreign Intelligence Surveillance Act, or FISA, in 2019, according to a newly declassified report released on Thursday by the Office of the Director of National Intelligence," said the Times. "The number of such FISA targets had been on an upward trend during the previous six years, when investigators used FISA to eavesdrop on an average of more than 1,500 people each year — including 1,833 targets in 2018, the peak during that period."

The report said that the steep decline was the most striking in the most recent numbers released by the DNI.

Republicans who once supported such surveillance are now in staunch opposition to it because investigations of former Trump aide Carter Page troubled them.

"A top official cautioned against interpreting the decline in the number of suspects that the FBI sought court permission to wiretap in national security investigations as 'seemingly reflecting the events of the day,'” reported the Times. "The figure includes American targets anywhere in the world, as well as noncitizens on American soil like foreign diplomats."