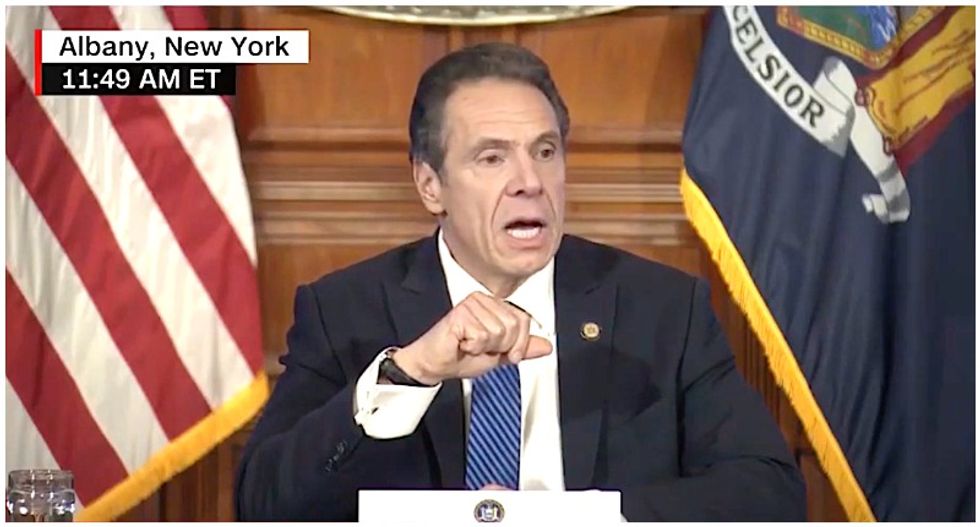 Widespread testing is viewed as key to states being able to lift stay-at-home orders and reopen their shuttered economies.

"Testing," Cuomo replied when asked by a journalist what the focus would be of his first face-to-face meeting with Trump since the crisis began.

"What does testing mean and how do we do it and how can the federal government work in partnership with the states," he added.

Trump's administration is keen to get Americans back to work and has said there are enough tests for each state to move to "phase one" of a gradual reopening, ending some stay-at-home restrictions.

But several US governors have complained about a lack of testing capacity that would allow them to safely begin reopening their states without sparking a surge in infections.

Health experts say a shortage of tests means the United States may be underestimating the extent of the virus outbreak.

New York state is the epicenter of America's coronavirus epidemic, accounting for around a third of the country's 42,450 deaths.

Trump and Cuomo have clashed during the weeks-long crisis, including on equipment, and who has the authority to lift confinement measures.

But they have also praised each other's handling of the outbreak.

Trump savaged Cuomo on Twitter on Friday, saying the governor has been calling the White house "begging" for help with equipment and funds.

Earlier Friday, Cuomo launched a blistering attack on the president, accusing him of washing his hands of leading the campaign to boost coronavirus testing.

Trump struck a more conciliatory tone on Monday, saying, "a lot of good things are happening in New York."