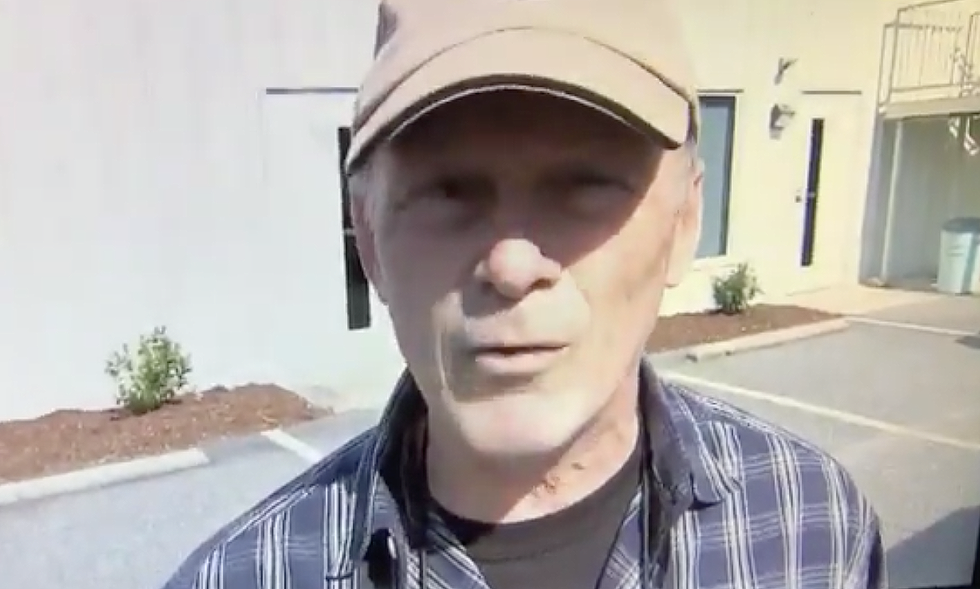 Pastor Gene Gouge at Liberty Baptist in Hickory, North Carolina isn't mincing words about his thoughts on the coronavirus crisis that has taken the lives of over 60,000 Americans, reported WSOC-TV.

In his broadcast message, Gouge alleged that the "news media is pure evil, communist propaganda," and "95 percent of everything that has gone on about the last month or two months is a mirage. It is an illusion, a delusion. It ain’t real."

Far-right political activists have become known as COVID-truthers over the past several weeks, claiming that the coronavirus is some kind of false flag or fake crisis created by the government.

He explained that President Donald Trump's "stay at home" order and the orders in the states are violating his civil rights.

Outside of his church on the sign, he asked the governor to stop the persecution of churches and Christians." It's unknown how Christians are specifically being persecuted since all religious institutions are being told to shelter in place.

“We believe this virus has been weaponized and has been used to hurt our country and hurt our constitution,” he claimed.

While he's not a medical doctor, he has decided that herd immunity is the best way to combat the virus. Scientists and virologists have said that herd immunity will happen eventually, but some people won't survive the virus and the numbers will overwhelm the healthcare system. Without a vaccine, additional lives will be lost.

While the lives lost may be a concern to some, to Gouge, he said it's just part of the process.

“You’re not going to develop an immune system by staying in the house and by wearing gloves and wearing [a] mask. People who are susceptible, cancer patients, elderly people no doubt should be extra precautions," he said.

See the video of the pastor below: