OPEC ‘close’ to deal that will raise the price of gas at the pump: report 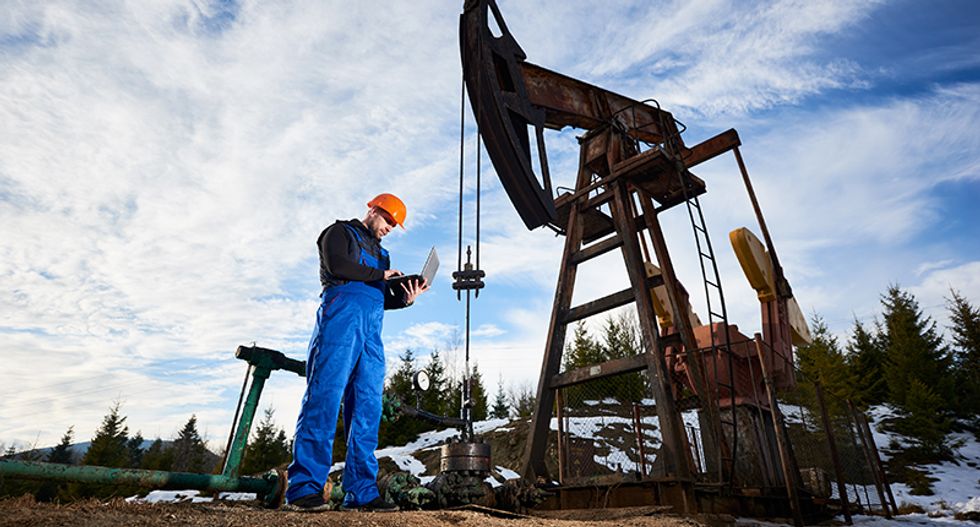 Top oil producers attempted to finalise a crucial agreement on output cuts in the small hours of Friday in a bid to counter a collapse in prices due to the coronavirus pandemic and a Saudi-Russian price war.

"I would say they are getting close to a deal. We will soon find out," US President Donald Trump told a press briefing at the White House at around 2230 GMT on Thursday.

Trump was speaking fresh from a conference call with Russian President Vladimir Putin and Saudi leader Crown Prince Mohammed bin Salman -- both countries being key players in the talks.

The video conference meeting of OPEC countries and their OPEC+ allies including Russia, as well as other key non-members, began just after 1440 GMT on Thursday.

Iranian Oil Minister Bijan Namdar Zanganeh said Thursday evening that the talks were "80 percent" of the way towards an agreement.

Venezuela's state oil company PDVSA said in a statement Caracas "supports the proposal of Saudi Arabia and Russia to reduce production by around 10 million barrels per day".

The meeting is seen as the best chance of providing support to prices which have been wallowing near two-decade lows and avoiding another steep sell-off.

At the beginning of the meeting, OPEC Secretary General Mohammad Barkindo warned that the rapid economic damage wrought by the virus meant the industry's "supply and demand fundamentals are horrifying".

"Our industry is hemorrhaging; no-one has been able to stem the bleeding," Barkindo said, bemoaning companies already filing for bankruptcy and tens of thousands of jobs that have been lost.

Algeria's Energy Minister Mohamed Arkab also warned of "an intolerable free-fall" in the market, according the APS agency.

"The extraordinary producing-countries meeting is the only hope on the horizon for the market that could prevent a total price collapse," said Bjornar Tonhaugen, head of oil markets at Rystad Energy.

Saudi Arabia will on Friday host a separate virtual gathering of energy ministers from the G20 group of major economies in a similar bid to ensure "market stability".

Oil prices have slumped since the beginning of the year as the COVID-19 pandemic sends large parts of the planet into lockdown and brings the global economy to a virtual standstill.

Compounding the problem, Riyadh and Moscow have both ramped up output in a bid to hold on to market share and undercut US shale producers.

"Saudi Arabia and Russia have been extremely clear that they will cut production if -- and only if -- other major oil producers join in as well," said SEB oil analyst, Bjarne Schieldrop.

While the US is not in the OPEC or OPEC+ groups, it is supportive of a reduction in supply in order to stabilise prices and breathe new life into its shale industry.

Shale has transformed the nation into the world's top producer, but the industry cannot sustain its high cost base as prices collapse.

Yet the US oil sector appears reluctant to trim production, having extracted a near-record 13 million barrels per day in the final week of March. This fell to 12.4 million bpd last week.

At the same time, the global supply glut -- already weighing on oil markets before the new coronavirus crisis -- has stretched oil storage capacity to its limits, forcing many producers to scale back output.

In his opening statement to the meeting carried by the Rossiya 24 channel, Russian Energy Minister Alexander Novak welcomed the presence of several nations outside the OPEC+ alliance, namely Canada, Norway, Argentina, Colombia, Egypt, Indonesia, Chad, Ecuador and Trinidad and Tobago.

The International Energy Agency warned Monday that the world is set for its first annual decline in oil consumption in more than a decade because of the pandemic.

The outbreak has shut down large swathes of the global economy, including key sectors such as air travel, manufacturing and retail.

The global oil glut could reach 25 million bpd in April, according to Rystad Energy.