'Pitchforks and flaming torches, anyone?': Owner of shuttered Philadelphia hospital stands to see windfall in tax breaks from stimulus package 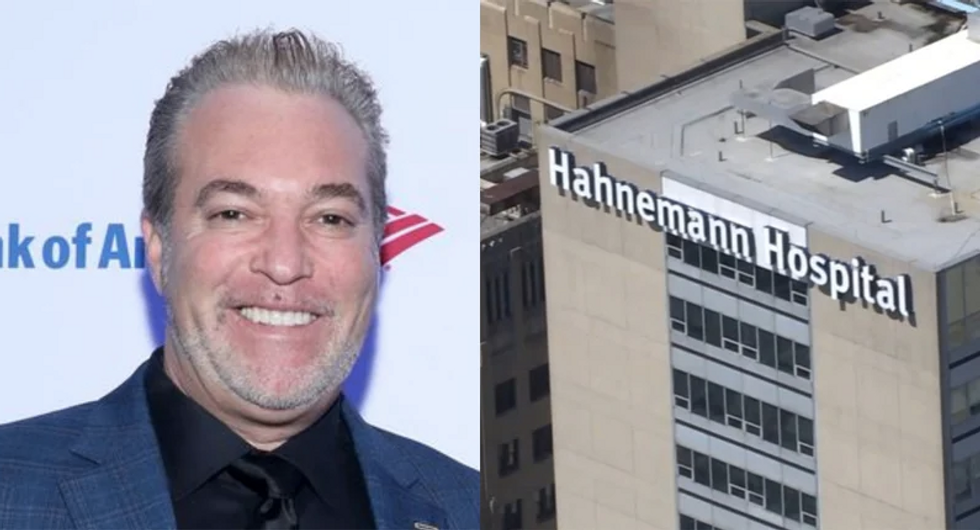 "I think he's looking at this as a business transaction rather than providing an imminent and important aid to the city and our residents."

Joel Freedman, the millionaire owner of currently-closed, 500-bed Hahnemann University Hospital in Philadelphia which will not open to take in patients with the coronavirus unless the city forks over nearly $1 million in rent a month could receive a huge tax break from the just-passed CARES Act stimulus bill by claiming the depreciation of the building against his income.

That's according to The Intercept's Akela Lacy, who reported on Wednesday that, under the rules of the stimulus, Freedman "would no longer be limited in the amount of business losses he could use to offset wages or investment income."

The millionaire who owns Philadelphia’s Hahnemann Hospital is in line for a tax break under the new stimulus. The h… https://t.co/ZewsfTrXyf
— Akela Lacy (@Akela Lacy) 1585749949.0

"Depreciation on the real estate from Hahnemann from the last two years plus this year can be used to offset any tax liabilities for his household to the extent that he's got profit from other things that he's done," Center for Economic and Policy Research co-director Eileen Applebaum told Lacy.

The bill allows for Freedman to retroactively claim losses from the property, which he closed in spite of community outcry in September, against his income as a private equity tycoon.

Freedman has come under harsh criticism for refusing to allow the city to use the shuttered hospital, which is sitting vacant, for patients of the coronavirus, or COVID-19.

"I think he's looking at this as a business transaction rather than providing an imminent and important aid to the city and our residents," Philadelphia's managing director Brian Abernathy told reporters last week.

A private equity baron sitting on an empty Philadelphia hospital is in line for a huge tax gift in the Covid-19 sti… https://t.co/2RXTxCNHkV
— The Intercept (@The Intercept) 1585749912.0

As Common Dreams reported, a growing chorus of progressives is urging the city to take matters into its own hands and seize the property under eminent domain.

"It is outrageous that a Philadelphia real estate investor who closed a hospital is now trying to gouge the city to re-open it," tweeted Sen. Bernie Sanders (I-Vt.), a candidate for the 2020 Democratic presidential nomination, on Monday.