Prince Harry and Meghan hand out meals in Los Angeles 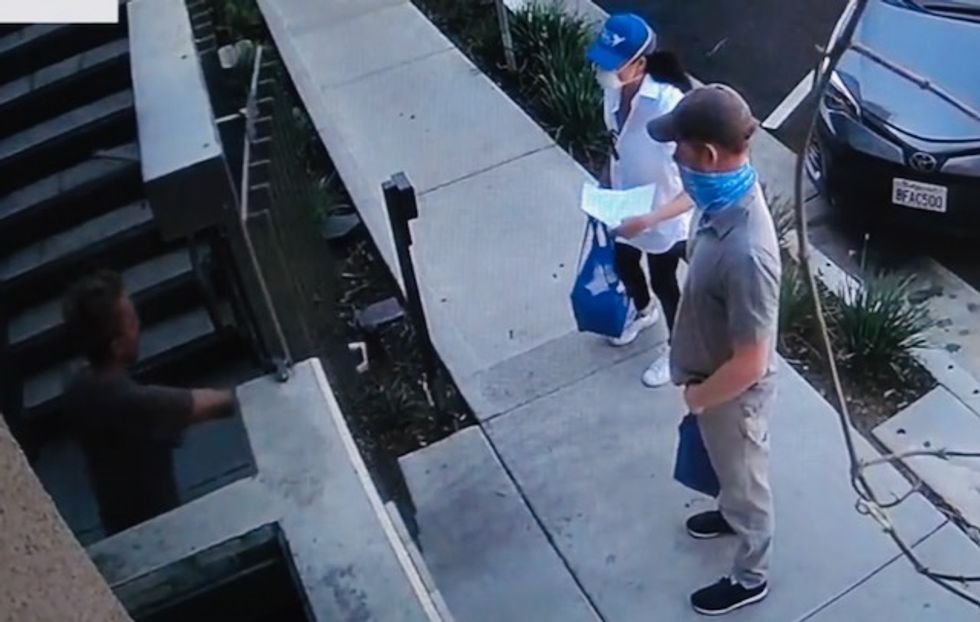 Britain's Prince Harry and his wife Meghan handed out meals to sick people in Los Angeles, in their first known public activity since moving to California at the start of the state's coronavirus lockdown.

The pair, who have formally stepped down as senior members of the British royal family, first volunteered with Project Angel Food last Sunday, delivering food to homes.

"They were here Easter Sunday, and then they surprised us on Wednesday," said communications manager Anne-Marie Williams.

"They handed out to 20 of our clients, and they rocked their worlds."

A statement from the nonprofit said the pair "quietly continued delivering meals to relieve our overworked drivers," who have faced an increased workload since the coronavirus lockdown began last month.

The couple relocated to California last month after announcing in January that they intended to quit royal life and "work to become financially independent".

They have kept a low profile, with even their location unknown amid unconfirmed reports that the pair are living in Malibu.

It emerged last week that they are planning to launch a wide-ranging non-profit organization in the United States named Archewell. It will include emotional support groups, a multimedia educational empire and a wellbeing website.

They told the Daily Telegraph they wanted "to do something of meaning, to do something that matters," but have delayed releasing full details about it because of the coronavirus pandemic and will make an announcement "when the time is right."

Los Angeles nonprofit Project Angel Food, which delivers medically tailored food to chronically ill people, appears to be the first charity publicly supported by the pair since their secretive move.

Williams said she did not know of any plans for them to volunteer again in the future, but "if it happens it'll be spontaneous or at their whim."