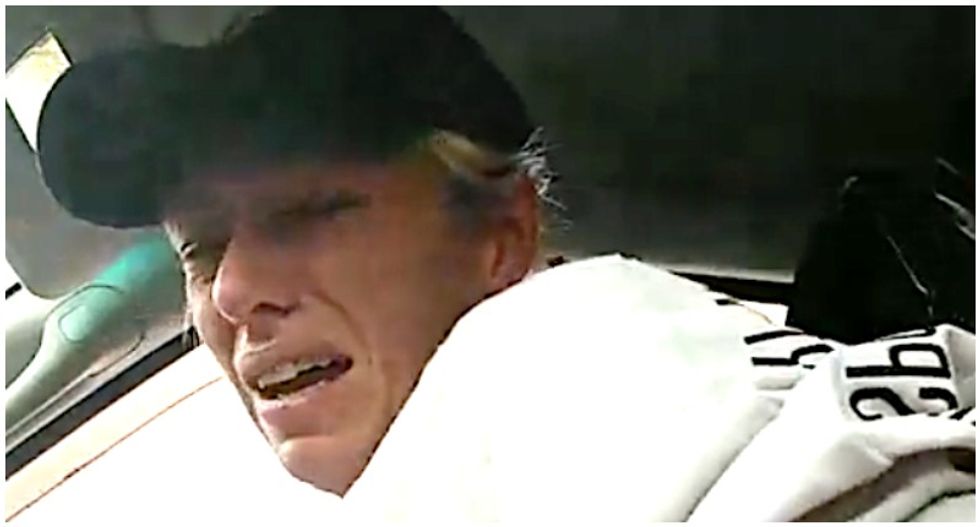 A QAnon conspiracy theorist traveled to New York this week armed with a stash of illegal knives on a mission to kill Joe Biden, and captured her ensuing arrest on a live Facebook video.

According to The Daily Beast, 37-year-old Jessica Prim was arrested on Wednesday after she began to "act strangely" on a city pier. In the live video of her arrest, Prim ranted about saving children and claimed she was hunting a "cabal" of Democrats.

“Have you guys heard about the kids?” Prim said through tears as she was arrested. “Okay, I’m not lying.”

Before her arrest, Prim posted on Facebook that Hillary Clinton and Biden need to be "taken out."

“Hillary Clinton and her assistant, Joe Biden and Tony Podesta need to be taken out in the name of Babylon!” Prim wrote. “I can’t be set free without them gone. Wake me up!!!!!”

During her arrest, Prim said she believed President Trump was communicating to her through his press conferences.

"Prim appears to have gone to the pier because she was convinced it was near the U.S. Navy Hospital Ship Comfort, the hospital ship that was sent to New York City to help with the coronavirus pandemic," The Daily Beast reports. "A faction of QAnon believers have become obsessed with the Comfort, convinced that it’s being used to rescue 'mole children' abused by the 'cabal.'"

Watch her video below: