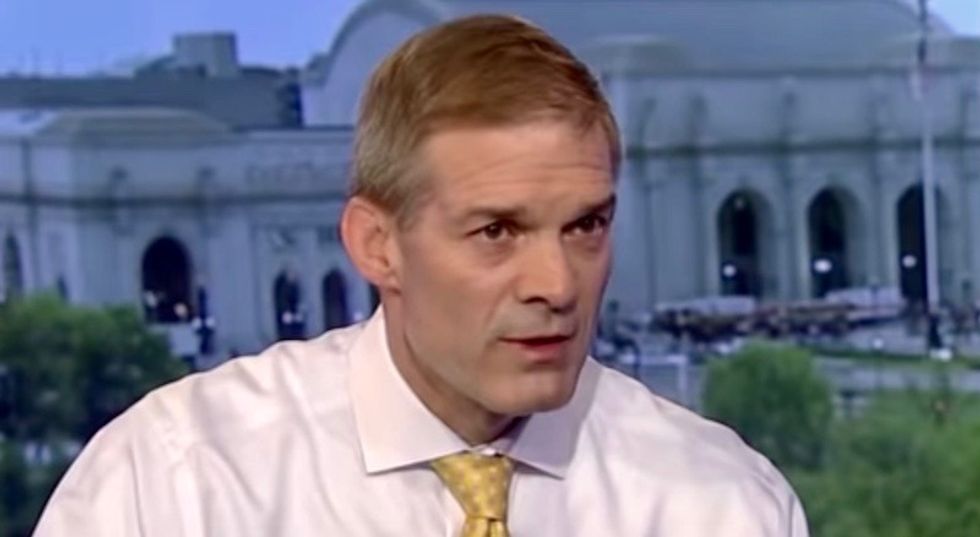 Rep. Jim Jordan (R-OH) dragged the Republican members of the House Oversight and Reform Committee into blaming the World Health Organization (WHO) for the slow action by the United States to combat the coronavirus crisis.

Throughout the crisis, the WHO has shied away from placing any blame on the Chinese government, which is in essence the Communist Party of China," he said in a letter. "You, as leader of the WHO, even went so far as to praise the Chinese government’s 'transparency' during the crisis, when, in fact, the regime has consistently lied to the world by underreporting their actual infection and death statistics."

He then posted all of the things China has done in failing to respond to the crisis.

China, according to Jordan, "denied human-to-human spread of COVID-19 based solely on Chinese propaganda, prolonged naming COVID-19 a public health emergency of international concern (PHELC) and pandemic because China had the spread under control." Finally, said China delayed serious measures, like travel restrictions to counter the global spread."

While China has certainly failed in the early days of the coronavirus crisis, Jordan's letter begs the question of why he's trying to hold China more accountable than he is his own country.

It's interesting Jordan chooses those specifics to call out China, because they're remarkably similar to the failures in the U.S.

In February, talk-radio host Rush Limbaugh, who Trump awarded the Medal of Freedom, falsely claimed "the coronavirus is the common cold" and argued that the Democratic Party "poses a far greater threat" to the country than the virus.

Trump too prolonged naming COVID-19 a public health emergency. On January 30, the WHO declared coronavirus a global emergency. Trump didn't declare the crisis an emergency until the following day. If the WHO failed so spectacularly to identify COVID-19 as a crisis, why didn't Trump beat them to calling it an emergency? In the case of H1N1, former President Barack Obama declared it a public health emergency six weeks before the WHO declared it a pandemic.

Finally, Jordan says that China delayed serious measures like travel restrictions. Trump also failed to do the same. While he said that he was shutting down flights from China, a full 430,000 people still came in after the first of the year and "40,000 Americans and other authorized travelers have made the trip, some this past week and many with spotty screening."

To make matters worse, it wasn't China that caused the New York coronavirus crisis. Scientists were able to spot the genomes that indicate the link between European travelers who came into the northeastern United States. Trump didn’t stop flights from Europe until March 11, over a month after his soft-shutdown of flights from China.

“People were just oblivious,” said Adriana Heguy, a member of the team at the N.Y.U. Grossman School of Medicine.